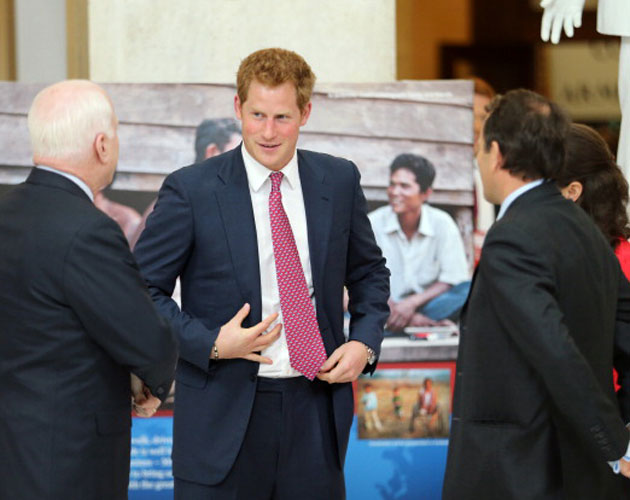 The 28-year-old royal visited landmine charity Halo Trust – which Princess Diana was patron of before her death in 1997 – on the first day of his US tour yesterday (09.05.13) and praised the “amazing” work being done by the organisation.

Speaking at the British Ambassador’s residence in Washington, Harry – who is patron of the charity’s 25th anniversary appeal – said: “My mother, who believed passionately in this cause, would be proud of my association with Halo.

“In her special way, she adopted Halo Trust as her own.

“She would join me, along with all of you, I’m sure, in praising Halo for the amazing work that it has done over the past quarter century, and in hoping that one day soon its humanitarian work will be done.”

Fiona Willoughby, the Trust’s marketing manager who took many of the pictures in the display, is hopeful Harry’s support will encourage more people to take an interest in the organisation.

She said: “Having Prince Harry attend our exhibition makes it a global issue.

“People have forgotten about it and we think Prince Harry following in his mother’s footsteps is a worthy cause and will raise the profile of what we are doing.