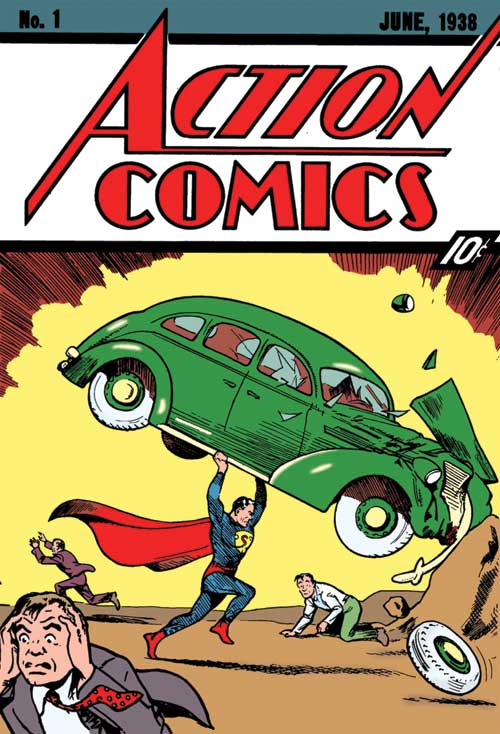 It’s no small feat for a superhero to remain relevant for 75 years among the multitude of caped crusaders and masked avengers who populate the comic book universe. Just ask Arrow, Captain Midnight or Spencer Steel – collectively known as “Who?” by even the most ardent comic buffs – all of whom debuted in 1938. They barely got off the ground, overshadowed by a fourth hero who swooped onto the scene that same year: Superman.

In comics, though, the key to staying relevant is reinvention. Few superheroes have been re-imagined as many times as Superman, his roster of alternate personalities including a Stalinist soldier, a cyborg and, yes, even Amish Superman (we can only assume he was faster than a speeding buggy and leapt tall barns in a single bound).

On TV and movie screens, however, Superman’s range isn’t as varied. From the earliest Kirk Alyn and George Reeves incarnations in the 1940s and 1950s through the Christopher Reeve films and more recent adaptations including Lois & Clark: The New Adventures of Superman, Smallville, and the 2006 film Superman Returns, little beyond the superficial has changed. That is, until this June’s Man of Steel: a decidedly darker tale from writer David S. Goyer and producer Christopher Nolan – who rebooted the Batman franchise via The Dark Knight trilogy.

Starring British actor Henry Cavill in the title role and a cast of Hollywood heavyweights that includes Russell Crowe, Kevin Costner, Diane Lane, Amy Adams and Laurence Fishburne (who, as Perry White, becomes the only African-American to ever portray the Daily Planet boss), Man of Steel launches a far more introspective Superman into a thoroughly modern world where he’s, quite literally, alien, and questions of identity, morality and acceptance weigh heavily. And remember the simpler days of ducking into a phone booth for a quick costume change? The modern equivalent means running into a cellphone store and stripping down next to the smartphone accessories – not easy considering Man of Steel sees Superman outfitted in a faded armour-like body suit, minus the red shorts.

One element of Superman’s character that remains, however, is what Mordecai Richler termed his Canadian psyche – “… nice, self-effacing, but within whom there burns … a would-be avenger.” This also makes him the most Canadian of superheroes (with apologies to Captain Canuck, Canada Jack and, of course, Beaver Boy). But perhaps most important of all to Superman’s enduring legacy is the fact that we still need him.

As in 1938, struggles against injustice continue, and a hero who fights back with dignity and humility offers hope that our ideals will win out in the end. Superman’s been doing just that for 75 years and, like a speeding bullet, he’s not slowing down any time soon.