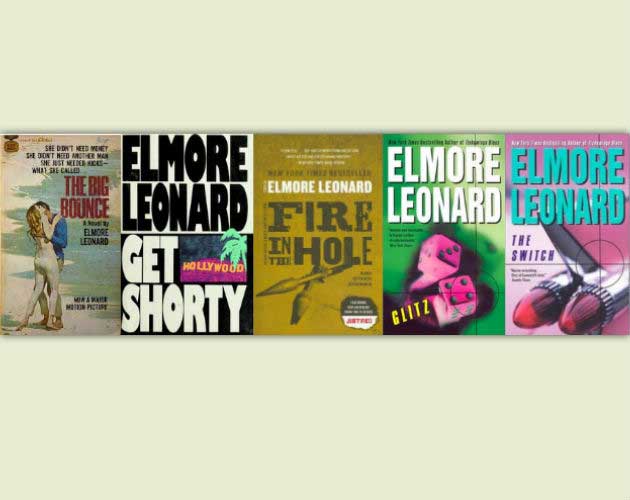 When news of Elmore Leonard’s death broke earlier this week, it sent many readers to their shelves, looking to revisit their favourite titles from the best-selling crime novelist. In his 60-year career, Leonard wrote nearly 50 novels (26 of which were adapted for television or movies, like the movies Out of Sight and 3:10 to Yuma, and the series Justified.)

When Leonard was honoured with a lifetime achievement award from PEN in 2009, his books were desribed as “ not only classics of the crime genre, but some of the best writing of the last half-century.”

If you’re looking for a place to start in Leonard’s astounding body of work, check out these five titles:

The Big Bounce: This was Leonard’s first crime novel, after publishing a number of Westerns, including 3:10 to Yuma. It established the traits that the writer became celebrated for: quirky characters, deadpan dialogue, a dark humour and a clean prose style. This tale of a young drifter, Jack Ryan, was adapted to the big screen twice – movies Leonard hated, so stick to the source material.

Get Shorty: Widely known as the movie featuring John Travolta as Chili Palmer, a Miami extortionist tracking down a movie producer trying to evade his Las Vegas debts. Palmer is one of Leonard’s great creations, an archetypal anti-hero, immensely likable despite his mob-connections and violent career.

Fire in the Hole: In the title story of this collection — the one that inspired the critically acclaimed television series Justified —Leonard weaves his old-West roots into his contemporary crime writing to tell the tale of cowboy hat-wearing U.S. Marshal Raylan Givens mixing it up with the baddies of Harlan County, Kentucky. When you’re done and find you can’t wait until season five of Justified for another hit of Raylan Givens, Leonard brought the character back to the page in the novel Raylan in 2012 (after two seasons of the show had aired).

Glitz: Leonard’s books were not always the sure-sell they are today. This noir tale of a mama’s boy psycho killer with a vendetta against a Miami cop, Detective Vincent Morra, was the author’s first best-seller, in 1985. One of many of Leonard’s titles to be adapted for the screen, a television movie starring Jimmy Smits aired in 1988.

The Switch: Two cons find their money-making scheme gone awry when their target doesn’t want his kidnapped wife back. But a wealthy, pissed-off housewife can make for a lucrative partner in crime. In September, a movie adaptation entitled Life of Crime, will premiere at the Toronto Film Festival, starring John Hawkes and Jennifer Aniston.