Behind the Cover: Conrad Black, October 2013 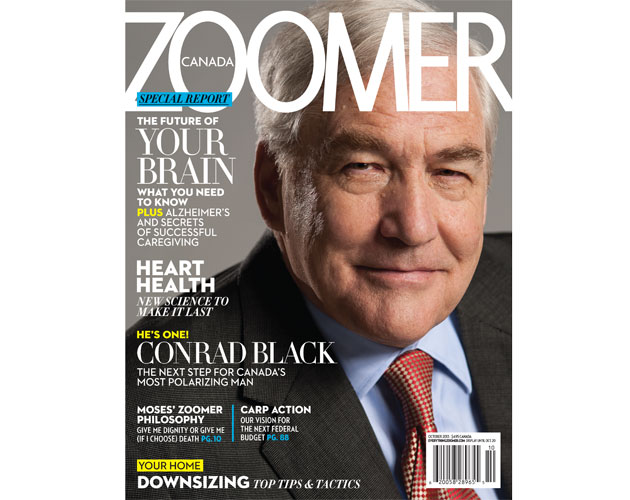 Go behind the scenes of our October 2013 cover shoot with The Zoomer co-host, Conrad Black.

When a magazine chooses to have one of Canada’s most polarizing figures on its cover, the accompanying story needs careful consideration. So it was that the editors of Zoomer decided that the best writer to dish on Conrad Black’s decision to front The Zoomer, a television talk show on VisionTV (a property of ZoomerMedia Ltd.) was the man himself.

To wit, he penned an essay on the state of media in general and why he wanted to be on TV. Black wrote at length on the ongoing plight of newspapers, of which he was a major player before his legal woes, and also answered in detail his reasons for appearing on The Zoomer.