POLL: Does Kim Kardashian Belong on the Hollywood Walk of Fame? 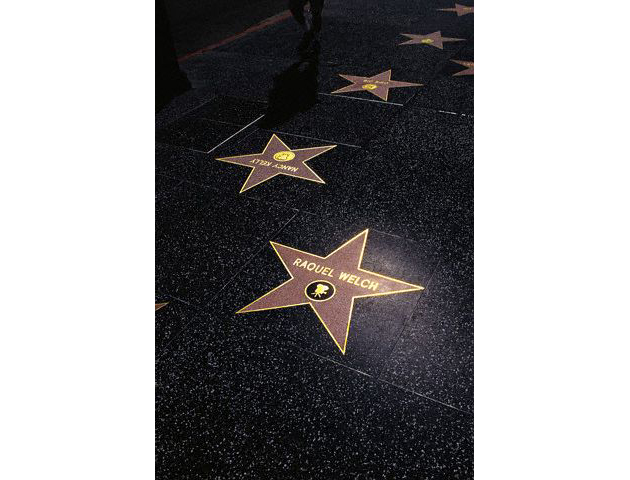 It turns out a place on the Hollywood Walk of Fame just isn’t in the stars – the terrazzo and brass variety, that is – for one half of entertainment’s highest-profile couples.

During an interview on Jimmy Kimmel Live! last week, rapper Kanye West declared his girlfriend, Kim Kardashian, deserves a star on the Hollywood Walk of Fame. He called those who disagree “dated and not modern.”

The Walk of Fame folks responded yesterday, and it wasn’t good news for the Reality TV star:

“We honor people who’ve acted in or directed or produced an award-winning show or film. And it’s the same with music.”

Don’t get me wrong – Kardashian’s fame is built on the back of a sex tape and a family that has no shame in exploiting every aspect of their private lives for monetary gains. The product of a fantastic marketing team, Kim K is quite literally the “Human Publicity Stunt.”

But, to be fair, the Walk of Fame doesn’t have a specific set of criteria that would technically disqualify Kardashian from inclusion: you know, like “you must possess one discernable, entertaining talent to get a star.”

Others might argue that, like it or not, Reality TV is not going away, so the Walk of Fame folks need to get with the game and start inducting some of it’s biggest personalities.

Still, consider this: Paul McCartney just received his individual Walk of Fame star last year – the final Beatle to receive the honour. If the likes of Sir Paul had to wait this long to get his star, Kardashian can get to the back of the line.

Weigh in with your thoughts in our poll below: