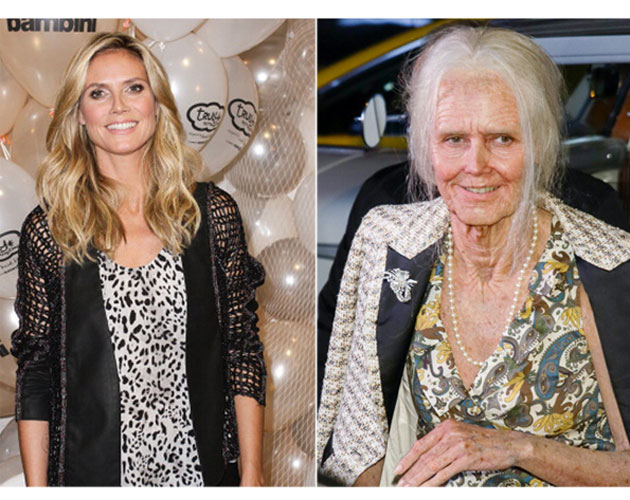 Heidi Klum did what many models would never do, she sped up the clock by aging herself by about 60 years for her latest Halloween costume. Every year the 40-year-old supermodel goes above and beyond for her Halloween party filled with A-listers dressed to the nines for the spooky holiday. She was Cleopatra in 2012, an ape in 2011, an alien robot in 2010, a black crow in 2009, and a Hindu goddess 2008. But this year’s costume or her 14th annual bash at Marquee in NYC certainly takes the cake! She tweeted, “Ok guys…here I go into the future.” And, “Fun times!” With the help of award-winning makeup artists Bill Corso and Mike Marino, her smooth skin was riddled with wrinkles and her clear complexion speckled with age spots. Tell us what you think! Take our poll below.