Why Shirley Temple Is The Last Class Act 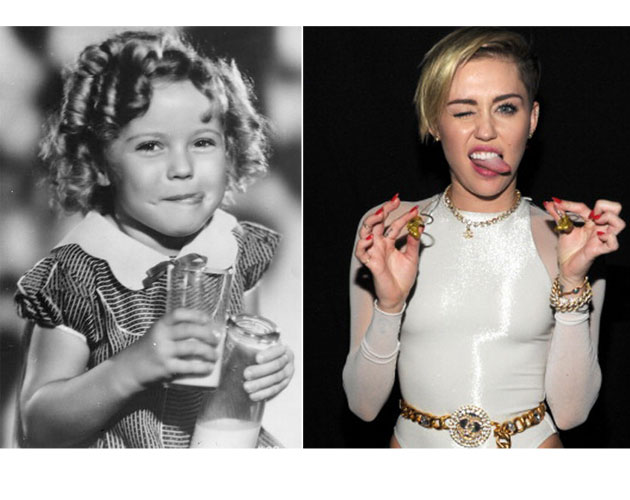 [Originally published after the death of Shirley Temple in February 2014]

In a time of tongue-wagging Miley Cyrus and egg-throwing Justin Bieber, we quickly forget what a class act is. The news of Shirley Temple’s passing this morning was a strong reminder of the way things used to be. A time when celebrities did their jobs and when interest faded, they moved on.

Shirley Temple drew crowds to the box office from 1935 to 1938 with her darling dimples. Movies like “Curly Top” and “The Littlest Rebel” would have her stardom surpass big names like Joan Crawford, Bing Crosby and Gary Cooper.

When Temple turned 21, she retired from films to raise a family. She later became active in politics and was the ambassador to Czechoslovakia during the collapse of communism in 1989.

Unlike many child stars of today, Temple kept her public image clean. No sex tapes, provocative text messages or topless photos were leaked. When her spotlight dimmed, she did not try to reignite the flame with a new racy image of herself or outlandish hijinks. The image of her performing “Good Ship Lollipop” remains strong in many fans’ minds and is not tainted by a controversial reputation.

It feels like child stars desperately want to reset the timer on their 15-minutes to keep audiences from turning away. The problem with this is that it’s not always meant to be, and the result can be messy.  Child stars of the boomer generation have proven this by evolving their careers after their time in the limelight has peaked.  Millienial child stars – on the other hand – inevitably hit a train wreck. Over the past few years: Lindsay Lohan, Amanda Bynes, Justin Bieber and the tragic death of Cory Monteith are prime examples of too much too fast.

But what exactly has changed in the past 20 years? The most significant difference between this generation and the generation before is the constant media attention. Perhaps childhood actors of the 1940s were up to no good, but there wasn’t a TMZ camera there to capture it. And besides accessibility, audiences today have the attention spans of squirrels and are almost immune to sensationalism. It takes a lot to turn our heads nowadays and that could be a contributing factor to the twerking ways of Cyrus. And on top of all of these things, the lifestyles of the rich and the famous have never been so coveted. Not sure what Bing Crosby did with his first big paycheque but something tells me he didn’t convert it into one-dollar bills to shove into stripper’s G-strings only to later Instagram the evidence. These extravagant lifestyles need to be maintained: how can one drift off into obscurity when they have a posse and three penthouses to upkeep? This is the type of behaviour that makes headlines today and inevitably contributes to the star’s bottom line – all news is good news.

Perhaps this pattern of the child star train wreck will end when audiences stop caring so much about whose sex tape has leaked and who’s the latest to get a DUI. Until then, I feel the pattern will remain the same, and Temple will be one of the last stars to leave us without a speck of controversy.