The Day Alistair MacLeod Read Me a Story 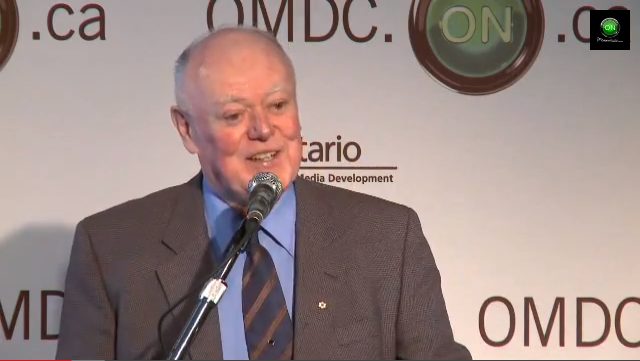 Two pieces of literature have so moved me that, upon finishing them, I decided to turn to page one and start reading again. The first: Truman Capote’s In Cold Blood. The second: Alistair MacLeod’s short story As Birds Bring Forth the Sun. The re-start worked fine with Capote’s book, though the method proved more difficult with MacLeod’s story given the fact that the author himself was holding the book at the time.

My introduction to MacLeod came a decade ago at the Humber School for Writers in Toronto. We’d all gathered in the auditorium – the students in the audience and the writing faculty at a long table up front. Lisa Moore, Giller and Man Booker nominated author of February and Alligator, took a seat, followed by the late Paul Quarrington and my mentor for the week, the brilliant Wayson Choy.

When the school’s director, Antanas Sileika, took the stage and called upon Alistair MacLeod, the author wasn’t sitting with the other faculty. Instead, he was seated a row behind me among a group of admiring young students. He wore a green V-neck and patiently shuffled past the other spectators to make his way to the stage.

This was the man, I realized, who I’d seen on campus every day chatting with students like a jolly grandfather with his next of kin, taking walks through the park or to the cafeteria to have lunch together. I’d pass him in the hallway on occasion and we’d exchange smiles.

MacLeod began by scoring some laughs with tales of the writer’s life. Then he picked up a copy of his short story collection As Birds Bring Forth the Sun and read the title story, which tells of generations of a Maritime family terrorized, literally and figuratively, by an ominous grey dog.

Every sentence of MacLeod’s brilliant story was like a lasso repeatedly looped around me, binding me tighter and tighter to my chair. If, by some freak chance, a catastrophic storm suddenly tore through the auditorium, I’d have remained unmoved until he finished. And if, even more incredibly, MacLeod were swept up into the storm’s funnel, I was prepared to follow him and search out the eye of the whirlwind in order to settle back in and finish the tale.

Luckily, the weather conditions remained calm as MacLeod read and he finished the story without incident. He put the book down and the audience actually roared with applause. He politely acknowledged it before shuffling back to his seat.

On the way out of the building that day, I once again passed MacLeod in the hallway. This time I panicked. He approached alone, and I wanted to tell him how much I admired his story, and how I was fidgeting in my seat the whole time afterward because I couldn’t wait to run to the nearest bookstore to pick up a copy. I wanted to ask him if he’d come to my house and read the stories aloud to me.

Instead, when we passed, I simply smiled. He smiled back and wished me a good day. Years later, I still remember him in that long hallway. His grey cap. His green sweater. His kind words for a complete stranger.

I can’t fathom the void MacLeod, with his two short story collections and a celebrated, award-winning novel, No Great Mischief, has left in Canadian literature. I did, in fact, raid the first bookstore I could find that day and bought a copy of As Birds Bring Forth the Sun. It’s propped up beside me on my desk as I write this.

I know a lot more about writing now than I did when I entered the Humber School for Writers. However, every time I re-read MacLeod’s story I realize just how much there still is to learn.

Alistair MacLeod suffered a stroke in January and passed away last week at the age of 77.