Protecting Michael Jackson: One-On-One with the King of Pop’s Bodyguards 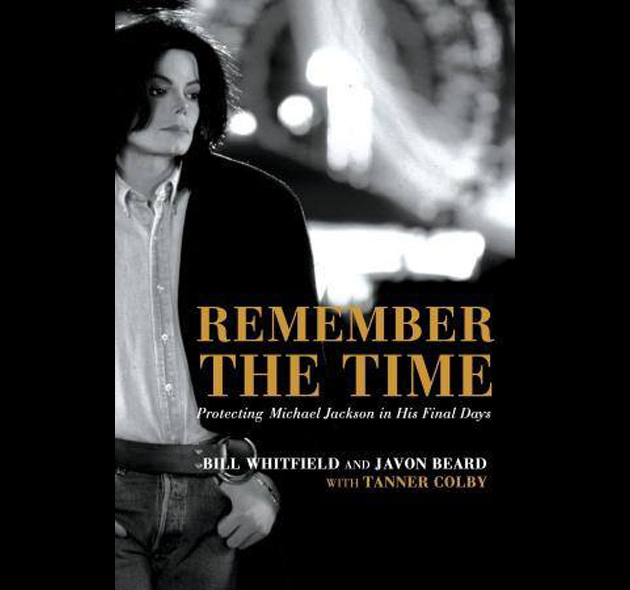 Here, we look back to our interview with the King of Pop’s former personal security guards, Bill Whitfield and Javon Beard.

I walk into the conference room in a downtown Toronto office building and two large, imposing, well-dressed men rise to greet me. They’re Bill Whitfield and Javon Beard, former personal security guards for the most famous man in the world — Michael Jackson.

In their new book, Remember the Time: Protecting Michael Jackson in his Final Days (out this month), the pair recount their time working for “Mr. Jackson” in his final years, their memories of the man behind the pop throne, and the personal moments they witnessed between the singer and his small children.

In part one of our interview, Whitfield and Beard recall Jackson’s humorous attempt to style his daughter’s hair, discuss his reactions to negative press and recall how they when they heard of his passing.

MIKE CRISOLAGO: What were your reasons for writing this book?

JAVON BEARD: We wanted to preserve the legacy of the Mr. Jackson that we knew as opposed to how he was perceived in the media.

BILL WHITFIELD: Also, we felt that, with his huge fan base, we felt we owed something to them to show a more personal side of who he was. That’s something that, unfortunately, he was unable to show…So much has been written about him on the negative end. We believed it was important to bring our side of what we shared, of what we’ve seen, what we witnessed, and let other people make their own decisions about what they think and believe.

JB: We just feel that fans are tired of the negativity about him. Let this man rest in peace. You guys had 40 years of bashing him – can somebody at least say something? This guy was a great father, and we really witnessed it. We’re telling stories that really took place.

MC: Who was Michael Jackson to you?

BW: I liked to see him as a regular dude who just had bigger and/or more drama than most of us have. It goes to the saying, “More money, more problems.”

BW: People talk about debt, and all the debt he had, that mostly came from legal fees. It wasn’t like he was out there buying islands.

JB: People would try to serve [him legal papers], and if he did get served papers he’d just say, “Settle.” He did not want to go into another courtroom after that second trial. And people knew that. He was a [target] for lawsuits. It’s like, “You could fight that sir!” But you can’t say it. A small lawsuit for him would turn into a big media frenzy so he didn’t want to put his kids through that.

MC: People often talk about how Michael Jackson never really grew up. Was part of it that he had all these people tugging at him constantly?

JB: Everything was always done for him. For example, going to FAO Schwartz. He actually bought toys and went shopping and [Bill] went to pay for it with [Michael’s] credit card and the lady said, “Your credit card is not authorized.” Bill told Mr. Jackson and he says, “I authorize you to use it Bill.”

BW: You know, when you get a new credit card, you have to call up, give your pin code and all that. He didn’t understand that.

JB: Everything was always done for him.

BW: I think where he first really started taking over and doing things for himself was his children. “I’m going to make their breakfast. I’m going to help them with their homework. I’m going to do their laundry. I’m going to fold their clothes.”

I remember Paris would come out, and we would see her hair, and I hear [Javon] through the radio saying, “Do you see her hair? Who did her hair?”

JB: And you know who combed it. [Laughs] But he really put forth an effort to really try to comb his baby’s hair. Bill’s like, “We need somebody to fix that hair for her.”

BW: That’s when you knew the nanny was out of town for a little while.

MC: In the book you make the distinction between “Michael Jackson” and “The King of Pop.” Was he a different person when he went into “King of Pop” mode?

BW: We think so because the King of Pop is a performer, an entertainer. Mr. Jackson is somebody’s daddy, somebody’s son, someone’s brother.

JB: And when he came back from the stage he wanted to be Mr. Jackson. He wanted to be the father, provide a stable home for his babies. That’s what he wanted.

BW: So much was out there, and even now, when we read things or hear things, it’s just so far from the truth. And knowing what we know, sometimes it’s just so hard to sit back and accept that. You want to do something.

MC: Did you witness the effects negative rumours and media reports had on him?

BW: Only when he got quiet. When he shut down…There’s been times where we may have just been going to a meeting or just taking the kids on an outing somewhere in the car and I’ll get a call from one of his attorneys, hand [Michael] the phone, and he’ll speak to the attorney for a couple of minutes, [and then say] “Bill, you can turn around. We’re going to go back home.” We’d know they gave him some bad news to where his whole mood is shot right now. Sometimes his silence spoke volumes.

JB: We never initiated. We let him open up to us and when he did vent, that’s when we knew it’s really bothering him. That’s what touched us and hurt us because it’s like, where were all these people [who were] at the funeral? He’s venting, calling Bill at three o’clock in the morning. He should have somebody he could have called and vented that to. And that’s what started making us so close because he started opening up to us and he’s kind of asking for our opinion, but not really asking for it.

MC: You talk about that a lot, how you had your job and your boundaries and you wouldn’t cross them. How difficult was that to hold back your opinions when you see that others may be taking advantage of him?

BW: It was hard. We would get together [Bill and Javon] and we’d talk about it. We wanted to react to the situation the way we think he wanted to but wouldn’t and didn’t. It was difficult but, again, we were there as security to protect his and his kids’ physical well-being, but seeing all the emotional things go on, you wanted to do something about it.

MC: You write about how you were both in Las Vegas when Michael Jackson passed away. How long did it take to come to grips with the fact that you weren’t there when this tragedy happened?

BW: It certainly took a while to come to terms; you go through your thoughts wondering, “Had I been there, could I have changed the outcome?” But when you really rationally think about it, things happen the way they happen and there’s really nothing probably that you could have done about it. You certainly feel that, I could have put on my cape and flew in there and fixed this, but c’mon – take the cape off. You’re not flying. You’re not Superman.

JB: Because we know for a fact he did want to do the This Is It tour – the last show for his fans – but he didn’t want to do 50 shows. At 50 years old he didn’t want to do that. He used to tell us all the time, “You guys just don’t know how hard it is for me to do a show because when people come to a Michael Jackson show they expect a performance from beginning to end. I can’t be an old school legend and sit on a stool and sing my hits. They expect me to perform from as soon as I come out to the end.” And we had to stop and think about that. It’s really true. That’s why he wouldn’t do the show in Vegas. They didn’t give him enough blackout dates, because he needed rest.

Stay tuned for part two of our interview coming soon…

Click here for more on Remember the Time: Protecting Michael Jackson in his Final Days