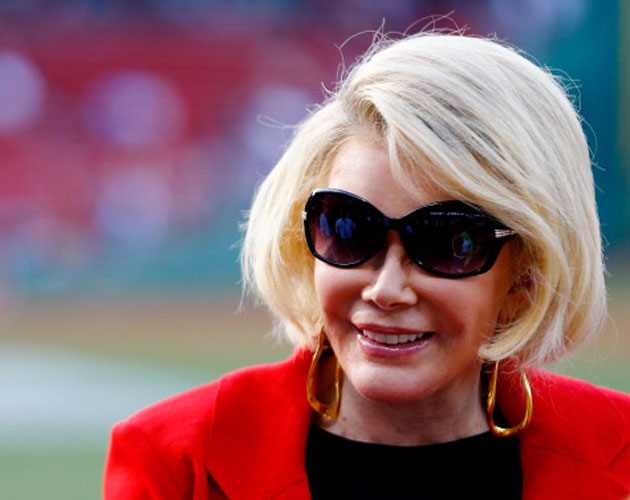 The comedian stopped breathing last Thursday morning during a procedure on her throat at a clinic on Upper East Side and was rushed to Mount Sinai Hospital in cardiac arrest. She had been on life support resting comfortably ever since.

Born Joan Alexandra Molinsky in Brookyln, New York to Russian Jewish immigrants Beatrice and Meyer C. Molinsky, Rivers started on stage in the late 50s in a play called Driftwood. She played a lesbian who’s character had a crush on Barbra Streisand’s character (before Streisand was known). After a few years of playing in local comedy clubs, she caught her big break with her appearances on The Tonight Show with Johnny Carson in 1965. Eventually when she launched The Late Show, Carson stopped talking to her. But this did not set her back as she went on to host her own daytime talk show The Joan Rivers Show, which won her a Daytime Emmy for Outstanding Talk Show Host.

Though her off-colour humour regarding controversial topics and hot-button issues was known to offend many, she continued to be successful in the industry well into her 80s. Rivers was the author of 12 best-selling memoir and humor books as well as the host of the E! network’s popular show Fashion Police.