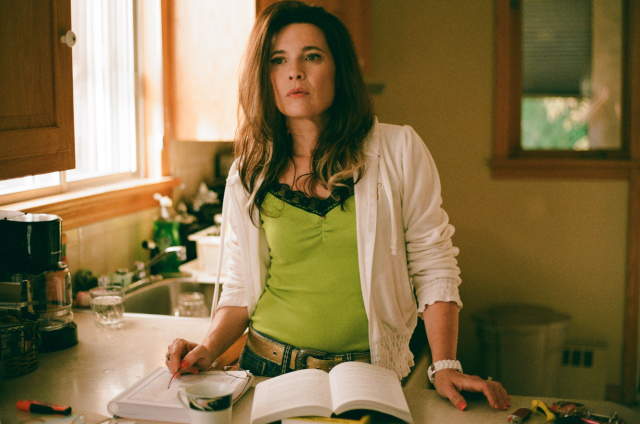 A story that comes at you straight on, like a fist, daring you not to flinch. And chances are, you will.

Steve (Son): “We still love each other, right?”

The Hype: From rising Quebec writer/director Xavier Dolan, the film is set in a fictional Canada where a controversial new law allows parents to place children with behavioral issues in government institutions without due legal process. It’s the story of a 40-something widowed mom named Diane (Dorval), whose teenage son Steve (Pilon) is kicked out of a detention centre for setting a fire and injuring another inmate.

Steve suffers from ADHD, compounded by the recent death of his beloved father. Diane is pushed to the edge by Steve’s behavior, which even includes violence against his mother. Their neighbour Kyla (Clément), who suffers from her own personal issues, enters their lives and helps Steve get his life back on track. But eventually Steve’s actions take a tragic turn, forcing him and those around him to make heart-wrenching decisions that uproot everyone’s lives.

See It At TIFF?: This is a story that comes at you straight on, like a fist, daring you not to flinch. And chances are, you will.

There’s nothing fancy to say here. Dorval and Clément are brilliant, with a particularly huge thumbs-up to the young Pilon, who truly brings Steve to life as a tragic figure who consistently proves his own worst enemy.

Dolan’s script, meanwhile, isn’t overly sensitive or romantic. It’s a realistic portrayal – ironic for a film set in a fictional Canada – that will have you cringing from the violent outbursts, tapping your toes at the impromptu family dance parties, fuming at the mood changes and get your heart beating when you least expect it.

You will feel a lot of emotions when you watch this film, but perhaps the strongest will be awe followed by “Wow.” If you’re like me, it’ll hit you as you’re leaving the theatre.

The Verdict: See this movie.