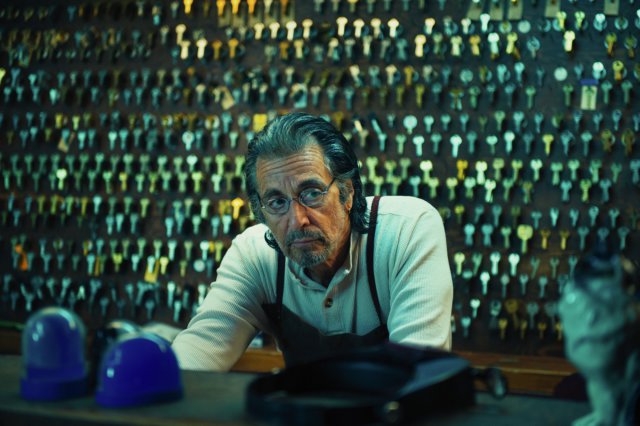 It’s another Al Pacino film at TIFF! That means it should be good…right…?

The Hype: Al Pacino in his second film of the festival, this time playing the depressed locksmith Angelo Manglehorn pining for his love, Clara, who left him decades earlier because of the distance he put between them when they were together. Manglehorn now lives alone with his beloved cat Fanny, has a fractured relationship with his son Jacob (Messina), is badgered by a drug dealer (Korine) who admires him from his days as his little league coach, and struggles with the affections of the friendly bank teller (Hunter) who tries to win his heart.

See It or Skip It?: I hate to say it about an Al Pacino film, but Manglehorn left me wanting more. The film is an hour and a half – two thirds of which are spent watching Manglehorn mope through life while writing depressed letters to his beloved Clara (all of which are returned). Then, in the final third, any message the film is attempting to convey is thrown into overdrive, hurrying to the conclusion.

Better writing and pacing would have certainly helped this film, which wastes fine performances by the principal cast by barely giving us a chance to care about any of them. One impassioned speech, which Pacino delivers to his son – an investment broker who learns he’s being investigated by authorities – proves the highlight of the film and a glimpse of the Pacino we know, love, and wish we saw more of here. Mopey Al just isn’t as much fun.

The Verdict: Watch Pacino’s The Humbling at TIFF instead.