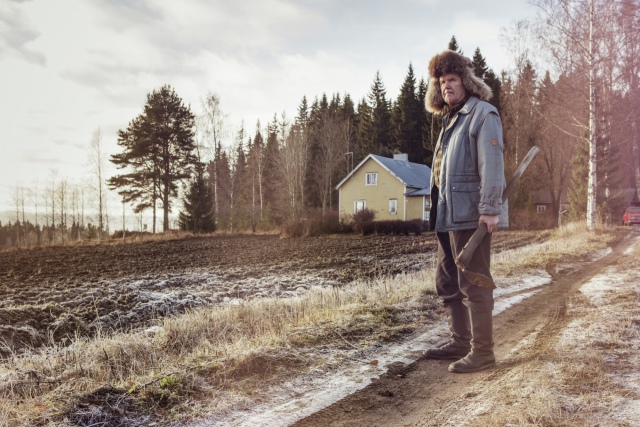 A funny Finnish tale about the clash between a cantankerous, close-minded octogenarian and his forward-thinking son and daughter-in-law.

Choice Quote: “It sure ruins my day when the times change.” – the Grump

The Hype: A cantankerous, highly-opinionated 80-year-old man, known only as the Grump (Litja), falls in his rural home and, as a result, is forced to move in temporarily with his new age son (Forss) and career-driven daughter-in-law (Perankoski).

See It At TIFF?: Yes. This film depicts less a generation gap and more a generation canyon. It’s a clash of ideologies that fuels the humour – the very old fashioned Grump, with his outdated opinions on gender roles and how to handle “the missus,” and the tech savvy, vegetarian son and daughter-in-law.

It’s a simple premise but it works, propelled by Litja’s layered performance as both a man from a very different ideological age who is lost among progressive thought and technology newer than his beloved Ford Escort, and a husband with age-old regrets that run deep. His clashes with the younger generation — especially his son, who doesn’t eat meat, can’t plow a potato field, and who “allows” his wife to be the family breadwinner — are the highlights, though there’s also a very funny, and absurd, flashback to the Grump’s life with his wife, fighting over the thermostat from their wooden rocking chairs. Sure you could argue that it’s a bit of a stereotype of the aging couple, but when you see it you won’t be able to help but laugh.

With echoes of everything from Archie Bunker to fellow TIFF film St. Vincent, The Grump is an endearing, witty, and inspiring tale about the love of family and how it’s never too late for an old dog to learn new tricks

The Verdict: The Grump gets two scowling thumbs up.