Between the Lines … with Ann-Marie MacDonald 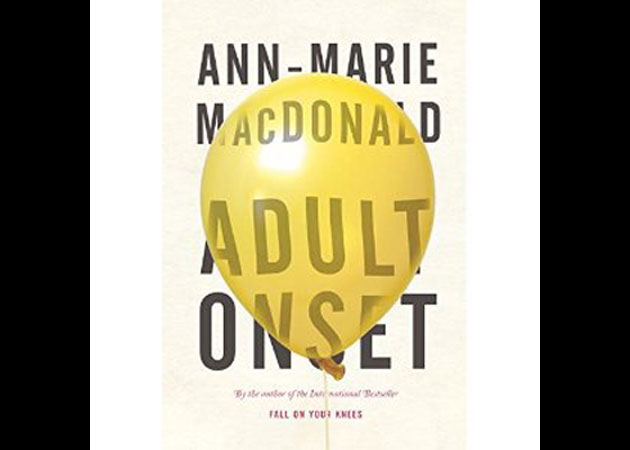 Between the Lines features quick cuts from conversations with artists, writers, and other cultural figures.

Celebrated Canadian author Ann-Marie MacDonald tells Zoomer’s Mike Crisolago about her new novel, dealing with self-doubt when writing, and offers advice to anyone who’s ever wanted to write a novel later in life.

ANN-MARIE MACDONALD: For one thing, I don’t write books all the time. I write for theatre and I’m an actor, so there’s other stuff that I’m pursuing that takes my time. Also, I tend to benefit from a gestation time, in terms of the novels. But really, the nuts and bolts answer to that question this time around is, really, I have two kids and they are now nine and 11. So there’s the math right there. [Laughs] I said to myself, I wouldn’t even attempt to begin writing fiction until my youngest was five. And, in fact, that’s what happened. She’s nine now, and the book really took four years.

AMM: If I really knew, every time I started a project, that the first several hundred or so, were merely going to be ending up as mind-tailings, would I ever write another thing in my life? I don’t know. Thank goodness for selective amnesia.

How she deals with self-doubt when writing…

AMM: I didn’t want to be like every other artist on the planet. I wanted to be special, powerful, carefree and insouciant. Alas, I am not. And you know what’s interesting – that kind of fear disguises itself as many other things. But at the end of the day it really is, “Oh my goodness, now that I kind of know what I’m doing, I wonder if I can do it” … All of the standard self-doubts that come in are really just very sophisticated forms of procrastination because it’s so much easier not to write. And our demons and questions and doubts just become more sophisticated as we become better writers. So they don more and more ingenious masks and appear with greater and greater kind of dignity. But it really is just fear and procrastination.

AMM: First of all, the great thing about literature and being a writer is that [if] you have your health and your faculties you can start anytime. You really just have to stay true to your vision, and when you’re in the middle don’t give up. And in my experience, all of my writing projects have been most excruciatingly difficult when I knew I was midway through. At the end of the day, honestly, the difference is not in terms of who has certain kinds of gifts and who does not. The difference between a writer and someone who is not a writer is the ability to finish.

Adult Onset, is available in book stores and online now. For more with MacDonald, discussing her new novel and the future project she dreams of writing, pick up the November 2014 issue of Zoomer magazine.