Bach To the Future 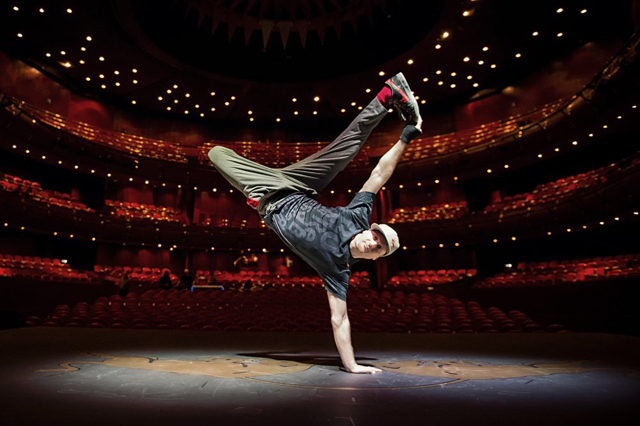 If there’s one thing missing from the timeless music of Johann Sebastian Bach, it’s breakdancing.

You read that right. Breakdancing. Luckily, German opera director Christoph Hagel, 55, has remedied this, teaming with multi-time world champion dance crew the Flying Steps for Red Bull’s Flying Bach – a breakdancing spectacular set to the Baroque tune of Bach’s The Well-Tempered Clavier. Hagel recently spoke with Zoomer about the concept and the show.

MIKE CRISOLAGO: You’re an opera director now, but when did you first become interested in classical music?

CHRISTOPH HAGEL: I’ve played piano since I was six.The first time I combined classical music with breakdance was fifteen years ago in a production of Mozart’s opera Don Giovanni.

CH: The important point was to meet the outstanding dancers of the Flying Steps. I saw the personality and the high level in dancing and acrobatics and studied the different styles of these dancers until I came up with the idea: it must be Bach and it must be The Well-Tempered Clavier.

CH: It is the coolness, the clearness, the sharpness of Bach. Never Tchaikovsky!

MC: What challenges arise when trying to choreograph this style of dance to Bach’s music?

CH: The challenge was to find moves, combinations and choreographies, which fit both the spirit of Bach and the feeling of the Flying Steps.

MC: What response do you get from fans of classical music when they see this show? If they aren’t fans of breakdancing do they still enjoy it?

CH: The classical public was surprised and energized by the vitality and energy the dancers gave to Bach. They saw how young … Bach could look without losing his deepness and spirituality. And they admired the authenticity of the dancers. And by this way they discovered breakdance as an art form.

Flying Bach comes to Toronto from Oct. 16-19 and Montreal from Oct. 23-26. Visit www.redbull.ca/flyingbach for more information.