Memo to “The Academy”: Give Us Award Shows With More Fun, Less Fluff 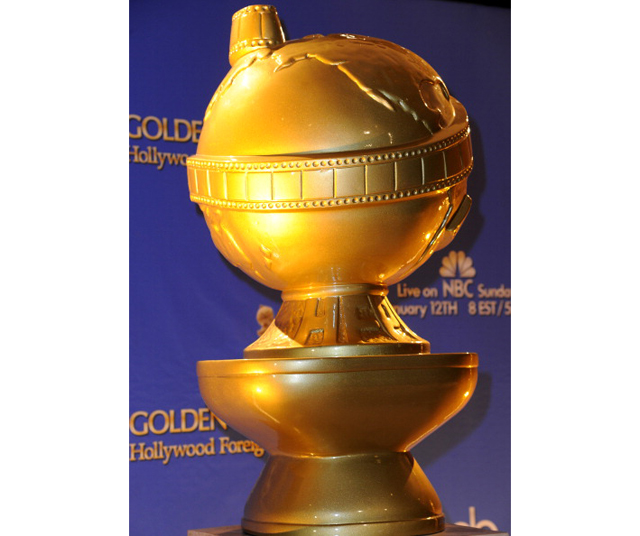 Here’s a mind-blowing bit of Hollywood trivia for you: there was once an Academy Awards ceremony that clocked in at 15 minutes long. Let that sink in for a minute. Fifteen. MINUTES.

In modern award show terms, 15 minutes only brings you to Seth MacFarlane’s second or third boob joke of the evening, or up to the awkward pause after John Travolta mispronounces a nominee’s name (whatever happened to Adele Dazeem anyway?).

And yet, in 1929, the Oscars lasted 15 minutes, awarded 15 statuettes, and then everyone headed to the after party. The winners were announced MONTHS ahead of time and the ceremony essentially served as a glorified parcel pick-up. There weren’t even any cameras there, because it wasn’t televised. It was the first Academy Awards.

It’s easy today to look back at the early days of award ceremonies like the Oscars, Grammys, and Golden Globes – the latter of which will be handed out this weekend – and think of it as a simpler time, before award shows had their own season (although, unlike the four traditional seasons governed by the Earth’s revolutions of the Sun, award season is marked by the world revolving around the “stars”).

We like to think of the early decades of award shows as vestiges of old Hollywood, a time defined by glamour and elegance, by Grace Kelly gowns and Clark Gable glances.

It was a time before the televised pre-show/mid-show/after-show frenzy. There was certainly no ludicrous and demeaning mani-cam (a small camera to film manicured fingernails) for the ladies to jam their fingers in upside down, looking like headless Rockettes about to execute a high kick routine. There were no celebs carefully assembled from head to toe like glamorous Mr. and Mrs. Potato Heads by armies of stylists. There was no red carpet for the star du jour to swan up and down in hopes of landing a beauty/fashion endorsement via a carefully choreographed pose. And the 15-minute, untelevised ceremony was anything but an excuse for studios to parade their flicks (and stars) before millions of eyeballs during the award telecast.

Instead, back then award shows cut through the superficial junk and celebrated the art of movie making, or the art of television, or the art of music, and an appreciation for the purity of their craft.

Though the faux-sincerity of most award shows is more obvious today, it’s always been there in some form.

Take the Oscars – the crown jewel of award season. Founded by famed MGM boss Louis B. Mayer, their purpose was far from simply celebrating the magic of movie making.

“The best way to handle [filmmakers] was to hang medals all over them,” he said. “If I got them cups and awards they’d kill themselves to produce what I wanted. That’s why the Academy Award was created.”

Translation: “Take these awards, you whiny filmmakers, and shut up about how poorly I pay/treat you.” And they did.

The Emmys, originally conceived with noble intentions of building the television industry in the late 1940s, was whittled down to little more than a PR move by the time it came to fruition. The Grammys, first held in 1959, were reportedly a reaction to the Hollywood Walk of Fame – itself one of the biggest PR stunts of all time – to help those musicians without a sidewalk star to gain exposure.

Then there’s the Golden Globes – started by a group of writers in a room in Hollywood (now collectively known as the Hollywood Foreign Press) in the early 1940s as a way to bring international attention to American cinema. Translation: “How do we find a way to market our movies and make more money outside of these United States?” More a reflection of today’s award ceremonies than the early Oscars, the Golden Globes at least had the decency to only offer up six awards, keeping everything moving along quickly.

However, in 1941 the Oscars stopped revealing the winners ahead of time. This upped the ante for all award shows to follow, leading to an increased level of intrigue and audience interest. In 1979, Regis Philbin rolled out the first red carpet at the Oscars and, today, the pre-show has become its own event, a separate entity from the award show spectacle.

As for award season itself – the period between December and February – it’s ballooned to include:

After reading that list I know what you’re thinking: “Is it time for the Cinema Audio Society Awards already?”

Don’t get me wrong, I’d watch Golden Globe MCs Tina Fey and Amy Poehler host virtually anything – even the Cinema Audio Society Awards (well, maybe). But overall I watch award shows for one of four reasons:

Replace number one on that list with “To see what celebs are wearing” and I bet most people reading this watch award shows for one or more of the same reasons I do. And that suggests that most of us recognize that award shows are little more than glorified publicity stunts, but that we’re also happy to slow down a little as we pass the celebrity pile-up to see how bad the crash is. It’s kind of sad, that they’re only truly entertaining on those rare moments where they hit the extremes – someone’s crying because they won, they lost, they got insulted, or they tripped.

Perhaps a little more sincerity, a toning down of the publicity machine, and the removal of all mani-cams would go a long way toward making award season more palatable to those who enjoy celebrating the film/TV/music they love but hate the artificiality of how Hollywood goes about it. Employ hosts who are actually funny and entertaining (i.e. more Tina and Amy and less James Franco and Anne Hathaway). Cut the shows to two hours maximum, despite all the lost ad revenue and that would cause (just because the host makes a joke about how long the show is, doesn’t make it more bearable). Maybe we don’t need so many categories, so many song and dance numbers, or video montages, or commercials. And, for the love of all things good, if the president of whatever academy is presenting the awards has to come out and talk, put them on the pre-show and not when we’re already falling asleep two and a half hours in. Above all — put more focus on the art form and artists being celebrated, and less focus on the brands and gratuitous gimmicks you’re employing to “celebrate” it.

After all, these shows have always been artificial, but so were those movie sets they used to film Hollywood westerns on. You know the ones – the storefront façades propped up by wooden posts. Everyone knows they’re hollow, but the surrounding action is entertaining enough that we’re willing to suspend our disbelief and enjoy the show.