What Do Wayne Gretzky and Snoop Dogg Have in Common? 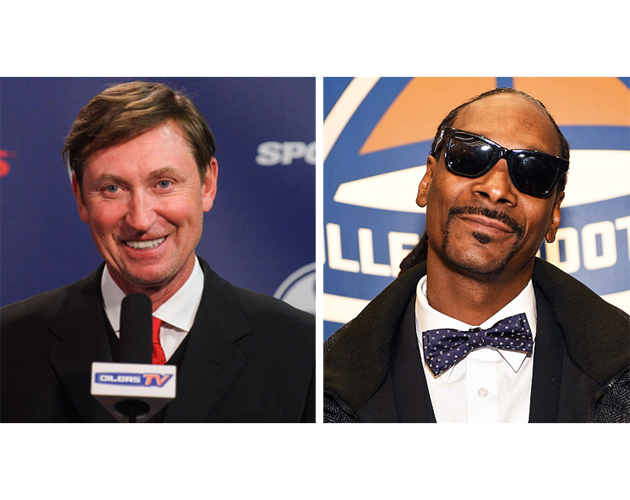 Sure, you don’t see these two names beside each other very often but this week the former pro hockey player and rap star have both experienced a special milestone. They became grandfathers.

Gretzy’s daughter Paulina and fiancé Dustin Johnson welcomed a little boy Monday morning. Paulina confirmed the news via Instagram this afternoon saying, “Happiest day of our entire lives was welcoming our sweet baby boy into the world 1.19.15” They have not yet released the name.

Happiest day of our entire lives was welcoming our sweet baby boy into the world 1.19.15 @djohnsonpga

Snoop Dogg’s oldest son Cordé and girlfriend Jessica Kyzer welcomed a son last week, a little boy named Zion. The proud new grandfather took to his instagram to share photos and video of his new grandson. He said, “Zion. U have a lof of love WAitn on u grandson !! (sic)”

How soon before Gretzky has his grandson in skates and Zion has a mic in his hands? Congratulations to the new grandpas!