Canadiana and Beyond: Douglas Coupland’s everywhere is anywhere is anything is everything 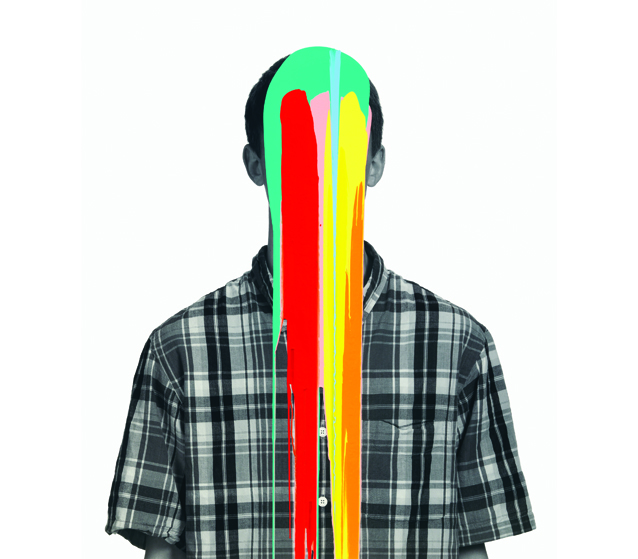 At this stage in human history, during which we’ve learned to communicate effectively in 140 characters or less, naming an art exhibition everywhere is anywhere is anything is everything is a bold move. I mean, how are you supposed to hashtag that? #couplandTO, as it turns out.

That’s Coupland, as in Douglas Coupland, Canadian writer, cultural observer and artist, who himself had difficulty reciting the tongue-twisting title when he touched down in Toronto earlier this week to launch his art retrospective. He did, however, fare better with the French translation – a phrase Ontario’s elementary French curriculum did not prepare me to adequately reproduce on this page.

Nevertheless, everywhere is anywhere is anything is everything opens in Toronto on Saturday, fresh off a successful showing at the Vancouver Art Gallery, in two parts at two separate cultural bases – the Royal Ontario Museum (ROM) and the Museum of Canadian Contemporary Art (MOCCA). And both are worth the visit.

Shelves lined with Japanese cleaning product containers stand across the room from a wall adorned with framed Andy Warhol wigs. An entire city suburb made of Lego is laid out next to skyscrapers made of similar blocks. A grand array of Canadiana is on display as well, from old Kraft Dinner boxes to a 1975 Eaton’s Christmas catalogue to a can of “Uncle Ben’s Malt Liquor” – emblazoned with the image of a crazed lumberjack (presumably Uncle Ben) who looks like the type who’d enjoy his malt liquor in a tin.

Then there are the pixelated wall hangings, which appear as a series of dots to the naked eye but form images of the September 11th terrorist attacks when viewed through the lens of a smartphone. “Word Clouds” feature contrasting ideas that speculate just what, exactly, a robot’s dream may look like, while a floor-to-ceiling wall offers up an array of brightly-coloured phrases – some clever, some funny, some painfully true – such as “Your blog is futile,” “I miss my pre-Internet brain” and “The future loves you but it doesn’t need you.”

Duck behind the wall and you’ll spot what’s dubbed “The Brain” – a collection of knickknacks that reminded me of what might spill onto the floor of my apartment if I opened the closet with the strained hinges that groans under the weight of everything I’ve stuffed in it. And the “hornets nests” made from pages of the artist’s own books – which Coupland himself chewed into pulp, dried, and then assembled – are quite fascinating if, for nothing else, the process of their creation.

Presented, both at the ROM and MOCCA, in large open spaces with plenty of room to take everything in, everywhere is anywhere is anything is everything is hugely stimulating in both scope and substance. That’s because, while you may not appreciate the whole of Coupland’s exhibit, you can’t help but be struck by many of the individual parts.

Put it this way – you may not care about the artistic implications/messages behind the wall of empty Japanese household cleaning products, or the hornet nests made of chewed books, or images only visible through a smartphone lens, or even Uncle Ben’s Malt liquor in a can. But at the very least, the rooms that house these works certainly prove a lot of fun to explore.

everywhere is anywhere is anything is everything opens Jan. 31 and runs until April 26 at the ROM and April 19 at MOCCA. For more information, visit http://www.couplandto.ca.