Behind the Cover: Kevin Costner, March 2015 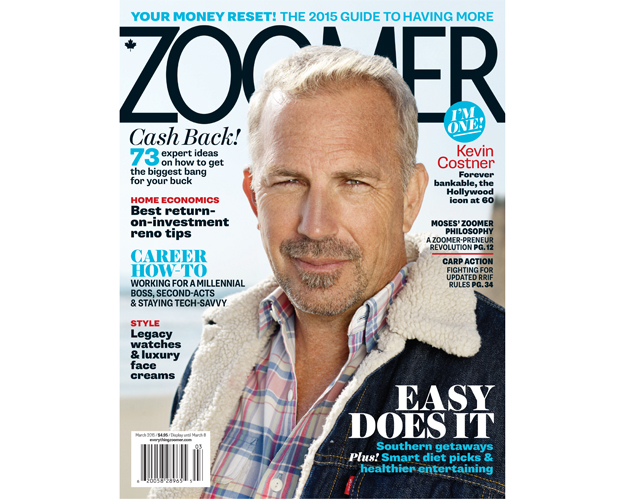 The incredibly charming and handsome Kevin Costner was everything our deputy editor Kim Izzo thought he’d be – and more!

You know you’ve joined the group of “people of a certain age” when you’ve followed the career of an actor from the beginning to the glory of a lifetime achievement award. Sigh. Such was the case when I got to interview the movie star Kevin Costner for our March issue. I was a film student at university when No Way Out and The Untouchables lit up the screen and revved up many a female moviegoer’s engine. He was the sex symbol for the late ’80s through mid-’90s. At that time, there were few bigger stars. Anyone else remember that Vanity Fair cover and spread? I thought so.

But I was nervous to speak to Kevin. Not because he was such a well-known personality and actor but because I didn’t want to be disappointed. I needn’t have worried.

He speaks like he’s a character in one of his films – and by that I mean like an All-American hero, the good guy and the man you can count on when the chips are down. And he means what he says – sincerity surrounds each word like bourbon poured into a ice-filled highball. His passion for the work, particularly his latest films Black or White and Mcfarland, was evident by his tone and his desire to keep talking to me past our allotted interview time. And, yes, he still looks like that.