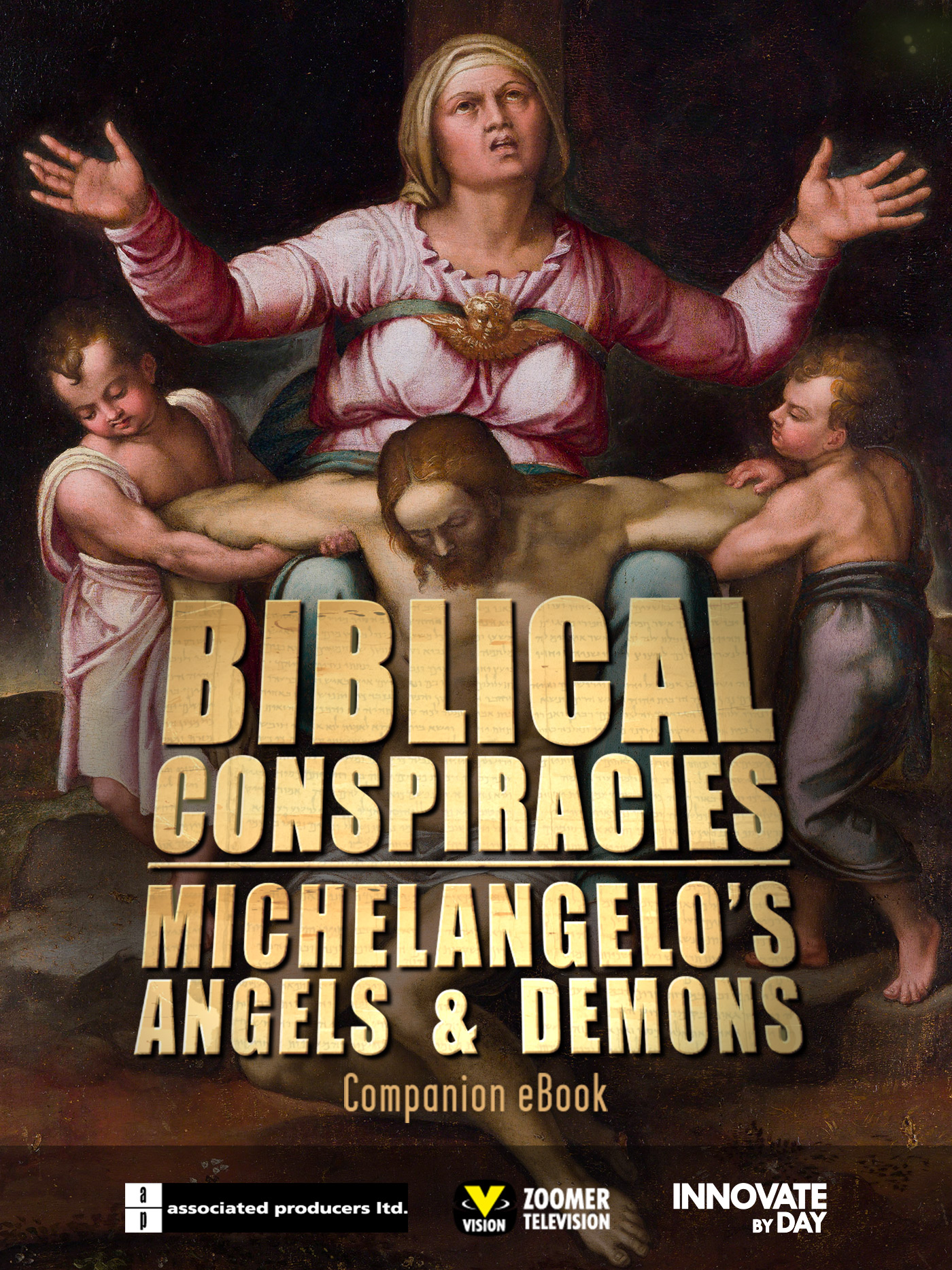 Biblical Conspiracies: Michelangelo’s Angels & Demons Companion eBook explores the relationship between Michelangelo’s art and his beliefs. A renowned sculptor, painter, sonnet writer and architect, Michelangelo di Lodovico Buonarroti Simoni (1475-1564) is still considered by many to be one of the greatest artists of all time. His most famous artworks were used as powerful tools for mass religious communication, allowing the Catholic Church to reach the common people in a display of power and dominance. But could Michelangelo have been involved in a religious renaissance that threatened the very foundation of the church he allegedly served? Could the answer lie in secret codes hidden inside his most famous artworks?  This enhanced eBook is a companion to the documentary program Biblical Conspiracies: Michelangelo’s Angels & Demons, produced by Associated Producers Ltd. for Vision TV. The Biblical Conspiracies series traces hidden truths encoded by the ancients.

Watch the ebook trailer below!

Download the eBook for FREE from the iTunes Store!