Between the Lines … with Simon Curtis, Director of Woman in Gold 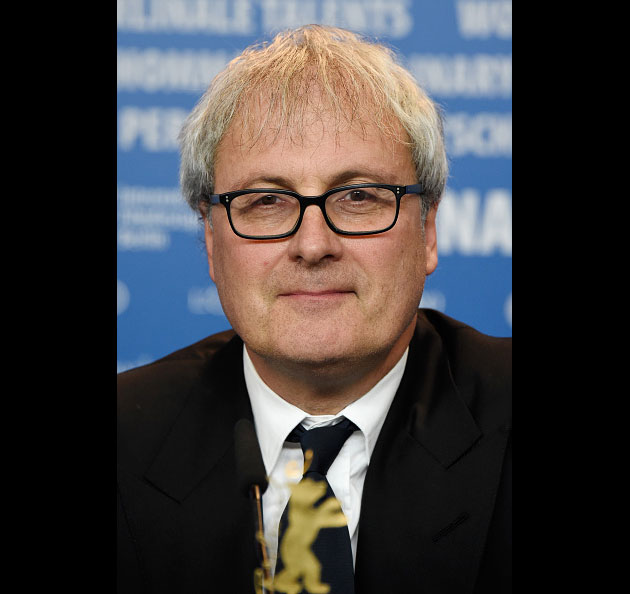 “I jokingly say my last film was My Week with Marilyn and this was My Century with Maria,” director Simon Curtis quips as we sit in a downtown Toronto hotel room discussing his latest film, Woman in Gold. The movie, based on a true story, tracks nearly the entire life of Maria Altmann, played by Helen Mirren, a survivor of the Nazi occupation of Austria who, in her 80s, returns to her homeland to attempt to reclaim a famed painting of her aunt – Portrait of Adele Bloch-Bauer I, by Gustav Klimt – which was stolen by the Nazis.

The evening before, a special Zoomer screening of the film, which Curtis attended, elicited cheers from the audience. The following morning, the director and I discussed the film, the stellar cast and recreating Nazi-occupied Vienna in modern-day Austria.

MIKE CRISOLAGO: You’ve said that this is a film about memories. Why is it so important to keep memories like those of this event alive?

SIMON CURTIS: Unfortunately, the specter of anti-Semitism has raised its head. It’s important for people, in this troubled century we seem to be in, to remember some of the mistakes that were made in the last century … I think it’s important, but I think it transcends the Jewish experience and that everybody is the product of all the choices their ancestors made and the struggles they went through. I hope it’s a timely reminder of the perils, not only of anti-Semitism, but the perils of picking on anybody because of their race or religion.

MC: Tell me a little bit about recreating the Nazi occupation in Austria.

SC: It’s only a tiny sliver of the film, though it’s an impactful sliver. There’s a lot of footage, so those Nazi vehicles coming to town – we were actually recreating something that happened. And when they’re forced to paint “Jew” on the Jewish businesses, they were actual photographs we were recreating. But amazingly, Vienna was very welcoming to us. It’s a very cinematic city and we were allowed to do pretty much what we wanted to do.

MC: Were there any survivors of the occupation involved in the filming there?

SC: Yes and, in fact, in that restitution conference (scene), the old lady who speaks about her maid and all that was a 96-year-old woman who had seen Hitler driving into the city. And she’s since passed away, but it was thrilling to work with her. And she’d never acted before. Which, it wasn’t acting – she was just being. But you know, she was a wonderful woman and I was thrilled to meet her.

MC: It’s interesting to me that you changed facts about the character of Randy, played by Ryan Reynolds in the film, and that the real-life Randy is okay with it.

SC: That is another fine line. Real-life Randy is one of the world’s experts in Vienna and the Holocaust and there’s no journey, or a much smaller journey. And we wanted our Randy to be an all-American guy who gets changed by this experience … to see the drama. Ryan plays that beautifully, I think. He’s a man who we see his growing awareness through the film.

MC: You’ve worked with Helen Mirren in the past. Give us some insight as to what it’s like to work with her?

SC: It’s great to work with her. She’s so professional and well-prepared and good fun. And I did know her when I was a teenager – I used to help her with her fan mail and make her cups of tea. It was a real honour to work with her on a film as important as this.

She would say, when they said, “Simon’s ready,” she would think of this very thin, very dark-haired teenager and then she’d come on the set and see me.

MC: You’ve got a couple of big Canadian names working with you on this film as well.

SC: Two of the best actors I’ve ever worked with are Ryan Reynolds and Tatiana Maslany. Tatiana – you already know this in Canada – but she’s going all the way. She’s phenomenal.

MC: The younger Maria’s story seems like it could have been a film unto itself.

SC: Absolutely. But that’s sort of the point in a way because this film, there is a Holocaust element but it’s a film set in the … recent past. And that’s really what’s important. It’s about us now remembering the past rather than the past … It’s a film about the present connecting 1938 with 1998, and for us all to think, “That wasn’t so far away.”

MC: The actual painting of the woman in gold – did you have any sort of special connection to it before this film?

SC: I’d seen it, and it was one of my favourite paintings, but I had no idea of its history. And the painting, like Maria, is a symbol of the 20th century. They both began their lives in Vienna, when it was the great city in the world arguably, and ended the century in the United States … Nothing prepares you for its magnificence in person.