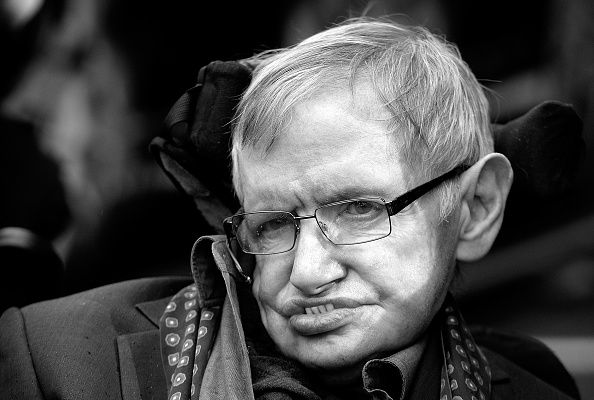 If you think that theoretical physics and boy bands have nothing in common, you clearly don’t know science. Over the weekend, theoretical physicist Stephen Hawking, 73, reassured fans of British boy band One Direction that their despair over the departure of band member Zayn Malik may be alleviated by the very subject he’s spent his life studying.

Answering a question about the boy band during a talk at Sydney’s famed Opera House, Hawking noted, “My advice to any heartbroken young girl is to pay attention to the study of theoretical physics because, one day, there may well be proof of multiple universes. It would not be beyond the realms of possibility that somewhere outside of our own universe lies another, different universe and, in that universe, Zayn is still in One Direction.”

Hawking’s answer got us thinking – what other moments in music history may be affected in one of his multiple universes? We’ve come up with our top five possibilities.

1. Like with One Direction, the Beatles never broke up. In another universe, the remaining Fab Four members paired up with the remaining members of The Who to form the Brit classic rock super group, The Whotles.

2. Another universe sees Keith Richards stop doing drugs in the 1970s, instead sharpening his focus to become a respected classical music scholar and celebrated cellist.

3. In that same universe, Kenny G started doing drugs in the 1970s, inventing the hardcore elevator Muzak genre known as “Death-Sax.” His trademark saxophone shoots flames during solos, and the tunes only play in elevators frequented by the most devious sects of society: hardened cult members, violent biker gangs and FOX News executives.

4. Yet another universe saw one classic rock band, when starting out in 1973, forsake their first choice of a band name. Instead, the members of KISS settled on a related but decidedly different moniker: HUGS. The band promptly folded in 1974.

5. Two prominent classic bands swapped members in a fifth universe. A fledgling Paul Simon met an equally youthful Neil Young during a school trip to Winnipeg, and the pair formed the folk rock duo Simon and Young. It’s somewhat a clash of styles, though not as much as the awkwardly harmonizing rock foursome of Crosby, Stills, Nash and Garfunkel.

What classic rock bands do you think may be different in a parallel universe? Leave a comment below or tweet the author at @MikeCrisolago.