Anne Meara, Half of Stiller & Meara Comedy Duo, Dies at 85 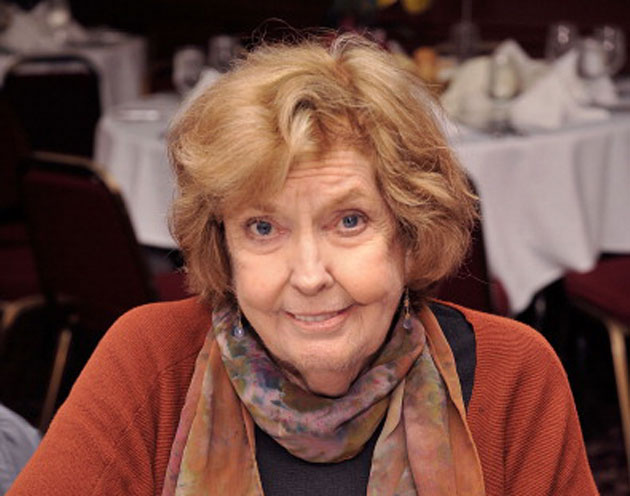 Anne Meara, the actress who rose to fame in the 1960s as half of the comedy duo Stiller & Meara with husband Jerry Stiller, passed away Saturday. Her family, including her son, actor Ben Stiller, released the news to the Associated Press. She was 85. No details of her passing were provided.

In a statement, the family said, “Anne’s memory lives on in the hearts of daughter Amy, son Ben, her grandchildren, her extended family and friends, and the millions she entertained as an actress, writer and comedienne.”

Born in Brooklyn, New York, on Sept. 20, 1929, Meara’s comedy career began with Chicago-based improv troupe The Compass Players – a precursor to Second City. Jerry Stiller also performed with the group and the pair married a year after they met, in 1954 – a union that lasted 61 years.

The pairing of Stiller & Meara proved hugely successful – launching both of their careers with appearances on The Ed Sullivan Show and other programs, followed later by a series of radio commercials and syndicated shorts on NBC. On her own, Meara appeared on numerous television shows including Rhoda, Archie Bunker’s Place, Sesame Street, Murder, She Wrote, Alf, Murphy Brown, All My Children (1993-1998), Sex and the City, King of Queens, Oz and Law & Order: Special Victims Unit.

She twice starred in her TV vehicle: the short-lived 1975 show Kate McShane, which earned her an Emmy nomination, and the 1986 TV movie The Stiller and Meara Show.

Her film work included the 1990 drama Awakenings and the 2006 comedy Night at the Museum, alongside her son Ben Stiller. She also enjoyed a successful stage career, earning a Tony Award nomination in 1993 for her work in the play Anna Christie. In recent years she’d performed in off-Broadway shows, a web series with husband Jerry Stiller and produced by son Ben, and continued to teach acting.

Meara is survived by her husband, Jerry, her children Ben and Amy Stiller and multiple grandchildren.

A number of fans, including celebrities, took to social media to mourn news of Meara’s passing today:

* Meara’s King of Queens co-star, Leah Remini, posted a photo of the actress on Instagram with the caption: “Rest In Peace Anne Meara. Thank you for the laughs on and off the screen of The king Of Queens Your kind of Chutzpah will be greatly missed. It was an honor to know you. Our thoughts and prayers to her family. #GreatTalent #GreatWoman #StillerAndMeara”

* Comedian Steve Martin tweeted: “Stiller and Meara have been a wonderful presence in comedy my whole life. Now Anne Meara is gone, and I salute her.”

* Director Paul Feig tweeted: “Very sad to hear of the passing of Anne Meara. Such an incredibly funny person, an amazing woman & a groundbreaker. A huge loss for comedy”

* Conan sidekick Andy Richter tweeted: “I was lucky enough to know Anne Meara personally, and I’m very saddened by her passing. She was wonderful. Love to her family” while Richter’s wife, comedian Sarah Thyre, added, “Truly grateful to Anne Meara for her comedy & spirit & being a married couple role model w/Jerry for me and @AndyRichter ❤❤❤”

* Comedian and TV host Chris Hardwick tweeted: “RIP Anne Meara…had the pleasure of meeting her once, she had me doubled over laughing. A comedy LEGEND. So many condolences @RedHourBen”