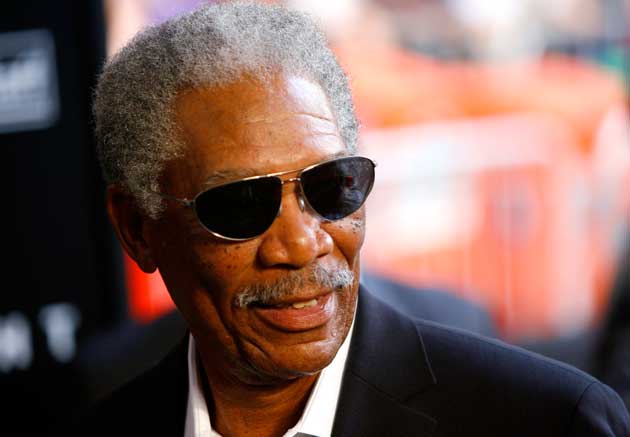 We all know what Oprah Winfrey knows for sure, but what does Morgan Freeman know for certain?

“It’s never too late to dream big or achieve your childhood fantasies,” coaches the Oscar winner. “And always follow your own muse.”

Indeed. While Freeman was steadily employed as a struggling actor in his early years — most notably with gigs on soap opera Another World and on children’s series The Electric Company — it would take him landing breakout film, Driving Miss Daisy, opposite Jessica Tandy at age 50 before he realized his life-long dream of becoming a major film star.

“50 years feels like an eternity when you dream of becoming like Sydney Poitier as a young boy growing up in racist Memphis, Mississippi,” Freeman quietly shares. “But I finally did it.”

Freeman credits his success because he never gave up. “Resilience is a wonderful thing. Don’t lie down, don’t get down, get up,” he advises. “Sometimes,” he adds, “your second and third acts are the best and most rewarding of your life. It has been for me.”

Now at a spry and restless 78, Freeman is still one of the most bankable and respected actors working today. Yep, there’s no stopping this million-dollar senior citizen. “I feel like I’m in my prime, for sure,” he laughs.

Moreover, Freeman’s main secret to staying young and relevant in this youth-obsessed world of ours is simple.

“Keep adding to your bucket list,” says the actor, who co-starred with Jack Nicholson in Rob Reiner’s surprise box-office hit about two cynical and terminally ill men on a road trip to fulfill their lifelong desires. “Because it gives you something to live for. And, you’ll soon realize, there’s a lot on that bucket list!”

And if you’re feeling down, Freeman suggests attending the movies.

“Whole new worlds are just waiting to be explored at your local cinema… and you never know, one film may inspire you to live out your second or third act in a way you never thought you would.”