Sir Christopher Lee Passes Away at 93 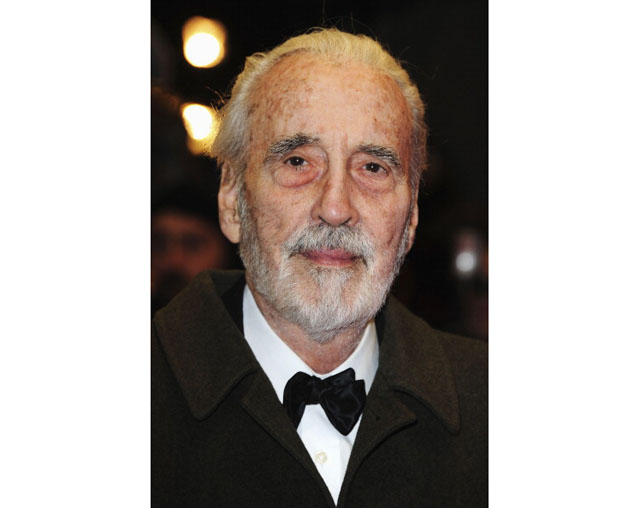 You might call him Hollywood’s true franchise player: Sir Christopher Lee, the British actor whose career took off with a series of Hammer horror films in the late 1950s and transitioned into roles in major franchises like James Bond, Fu Manchu, The Lord of the Rings, the Hobbit and Star Wars, passed away last Sunday from respiratory issues and heart failure. His wife of more than 50 years, former model Birgit Krøncke, waited to announce his passing until his loved ones were notified. Lee was 93.

Born on May 27, 1922 in Belgravia, London, England, Lee moved to Switzerland with his mother and sister at an early age. At the outbreak of the Second World War Lee eventually joined the Royal Air Force, where he rose to the rank of flight lieutenant. His duties during the war included hunting and interrogating Nazi war criminals, as well as an affiliation with the covert intelligence organization known then as the Special Operations Executive.

In 1947 Lee turned his attention to acting, taking smaller roles until his the part of Frankenstein’s monster came about in the 1957 Hammer Films production of The Curse of Frankenstein. For nearly 20 years, until 1976, Lee played various horror roles for Hammer and other studios, including the Mummy, Dr. Jekyll and Mr. Hyde, Lord Summerisle in The Wicker Man, the evil Fu Manchu in a series of the franchise films of the same name and, most famously, Count Dracula.

In the 1970s Lee transitioned away from horror films, portraying Bond villain Francisco Scaramanga in 1974’s The Man With the Golden Gun among other roles unrelated to the horror genre. Through to the 1990s Lee played a variety of roles, from Sherlock Holmes to Muhammad Ali Jinnah in Jinnah to a starring role in the final Police Academy film.

In the 2000s, however, Lee landed two of his most famous roles: Saruman in The Lord of the Rings and Hobbit films, and Count Dooku in the second and third Star Wars prequels. Lee also played the Jabberwocky in the 2010 Tim Burton Alice in Wonderland film.

Known for his singing voice as well as his acting and voice roles, Lee sang on film soundtracks and even recorded his own albums, including opera songs and heavy metal, for which he won awards for his performances.

Lee is survived by his wife and daughter.