Popcorn Picks: How To Make Love Like an Englishman 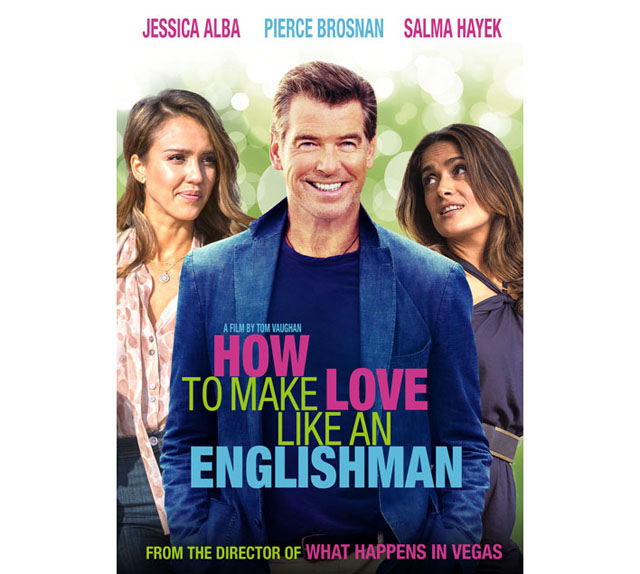 This film almost single-handedly undoes all of the “charming, sexy, refined British hunk” cred Pierce Brosnan’s earned over the years. Say it ain’t so Mr. Bond!

Genre: Technically a romantic comedy, though I defy you to find either the romance or the comedy.

Choice Quote: If I could have plucked one out of this mess I would have.

The Hype: Richard (Pierce Brosnan), a womanizing university professor, has his life turned upside down when a fling with a student named Kate (Alba) leads to an unexpected pregnancy.

The Reality: If you really want to know the reality, here it is: upon exiting the screening with a few other critics, someone opened the theatre door and the light from the outside flooded into the dark hallway. We stepped out into it and one critic threw his head back, stretched his arms out wide as if in relief, and released a tired, irritated: “Oh wow, f**k.” Then he and a friend went on to debate which film was worse – this or The Fantastic Four. For perspective, keep in mind what The New York Times wrote about The Fantastic Four: “[Kate Mara’s] character also has the power to make other things vanish. I would say she should have exercised it on this movie, but in a week or two that should take care of itself.”

And that pretty much sums up How To Make Love Like an Englishman: eye-rolling jokes that come off like bad one-liners your dad would blurt out to embarrass you in front of your friends; the laziness of employing every Hollywood rom-com stereotype you can imagine; the absurdity of the fact that the kid in the movie – Duncan Joiner, who’s adorable by the way – ages at least five to eight years and yet nary a hair on Brosnan’s head gets any greyer.

For those who want a two-minute condensed version of the film, watch the trailer here. It shows you most of the pivotal parts and even kindly gives away the whole “man and woman are at each other’s throats but eventually fall in love” cliché storyline and reveals the sappy, sunset kiss that caps it all off. So, in fact, you don’t even need to go see it at all. Keep in mind, though, if you watch the trailer that’s two minutes you’ll never get back.

See it in theatres or on demand?: Seriously?

The Verdict: They say How To Make Love Like an Englishman is a romantic comedy, though neither romance or comedy play a big part in this film. Perhaps the comedy part comes when people pay full price to see it. And then the joke’s on you.

How To Make Love Like an Englishman is in theatres today.