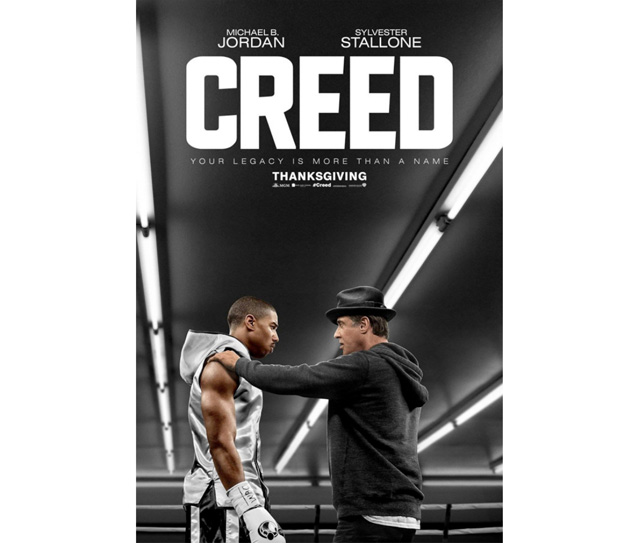 Not every Rocky film was a knockout. But this isn’t a Rocky film. It’s a Creed film. And so far, the franchise is 1-0.

The Hype: The legacy of Rocky Balboa branches out with this gritty tale of the rise of Adonis Creed, son of famed boxer Apollo Creed, who leaves a job in finance to cement his legacy in the boxing ring. To do so he needs a great coach and there’s no one more capable than the former champ, Rocky Balboa himself.

The Reality: Rocky IV barely made the standing 10 count while Rocky V was left gasping for air on the mat. Rocky Balboa, the last Rocky film, fared better among critics and fans, essentially winning via split decision (ironic, given the ending of the film).

So the big question remains – where does Creed, the sort-of sequel to Rocky Balboa, stand among the long and sometimes choppy legacy of Rocky-related flicks? The answer – easily among the top contenders.

Is this the best boxing movie you’ll ever see? No. Does it fall victim to standard Hollywood formula? At times. But that’s not the point. The story here is as old as any combat film but it’s still effective – a young fighter out to prove he’s the best and willing to do anything to make it to the top. In this case it’s a hungry kid named Adonis Creed (Jordan), the child of boxing great Apollo Creed and a woman with whom he had an affair.

Jordan is brilliant as Adonis Creed, his determination to claw his way to the top of the boxing world sincere and believable. Of course, he needs a love interest – this is Hollywood, after all – and Bianca (Thompson) is just the person. An aspiring singer/songwriter, she’s the Adrian to his Rocky as they support each other in pursuit of their individual dreams. Phylicia Rashād, meanwhile, is all about tough love as Apollo Creed’s widow and the woman who helped raise Adonis.

As expected, Rocky Balboa plays a pivotal role as Creed’s trainer while enduring his own battles as an aging widower. He not only adds a sense of familiarity and nostalgia to the film but Stallone’s chemistry with Jordan is undeniable, the two forging a poignant bond of mutual love and admiration that extends far beyond the boxing ring. With such genuine performances it’s no surprise both actors are enjoying early Oscar buzz.

Speaking of Oscar buzz, director Ryan Coogler, who enjoyed his own in 2013 for his only other feature film, Fruitvale Station, which also starred Jordan, does a fine job ensuring Creed doesn’t get bogged down in sentimentality. There are numerous nods to the past Rocky films, of course, while the fight scenes are graphic and just unpredictable enough to keep the audience on their toes. But it’s the battle with his own inner demons, and his fight to free himself from his father’s famous shadow, that really defines both Creed as a character and Creed as a film.

At the Toronto press screening earlier this week, audience members shed tears and broke into applause at the film’s conclusion. If that’s any indication, a possible Creed franchise definitely has main event potential.

The Verdict: Not every Rocky film was a knockout. But this isn’t a Rocky film. It’s a Creed film. And so far, the franchise is 1-0.

Creed is in theatres today.