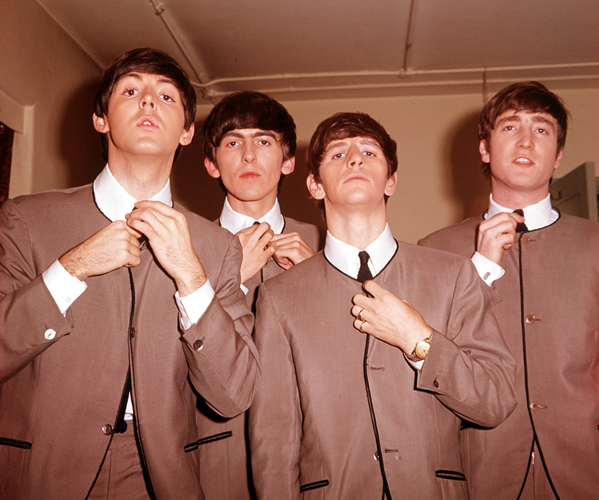 To mark the Fab Four’s debut on multiple music streaming platforms today, we’ve summed up the story in a little song set to the tune of the classic Beatles number, “Yesterday.”

All your music seemed so far away

For those with no CDs or iTunes to play

Can you believe that was yesterday?

Everyone can hear “Let It Be”

‘Cause now your music freely streams

A move that didn’t come so suddenly

Why’d you have to hold out?

I don’t know, you wouldn’t say

But now your music’s here

No one longs, for yesterday-ay-ay-ay

Top 40 was such an easy game to play

Swift and Bieber and, of course, Kanye

Were all that kids knew yesterday

Why’d you have to hold out?

I don’t know, you wouldn’t say

But now your music’s here

No one longs for yesterday-ay-ay-ay

All your music seemed so far away

Now fans of all ages can just click play

And hear the greatest music, of yesterday

NOTE: If you didn’t quite get the full news story from that song parody, the Beatles’ website announced yesterday that all the band’s music will be available for streaming for the first time beginning today on the following streaming sites (and for free on those that offer the option): Apple Music, Amazon Prime, Deezer, Google Play, Microsoft Groove, Rhapsody, Spotify, Slacker and Tidal.

Until now, Apple Corps Ltd., which represents the Beatles’ music, had been resistant to allowing the band’s music to appear on streaming sites just as it was, years ago, to make the band’s catalogue available on iTunes.

For existing fans, who already own the band’s music – and, in the case of boomers, who have likely owned it for decades – the move to streaming sites will make it possible to build playlists for use on their mobile device, which is especially helpful for those who don’t store their music downloads on their phones.

The biggest beneficiaries of this move, however, will be casual Beatles fans looking to explore more of the band’s music – particularly when it’s free of charge. The streaming option also opens the door for an entirely new generation to discover the Fab Four’s music.

But for anyone who doesn’t already own the Fab Four’s music on records, CDs or iTunes, you’ll finally be able to hear every tune from “Across the Universe” to “You’ve Got to Hide Your Love Away” whenever you want. And that’s one heck of a holiday gift.