Behind the Cover: Betty White 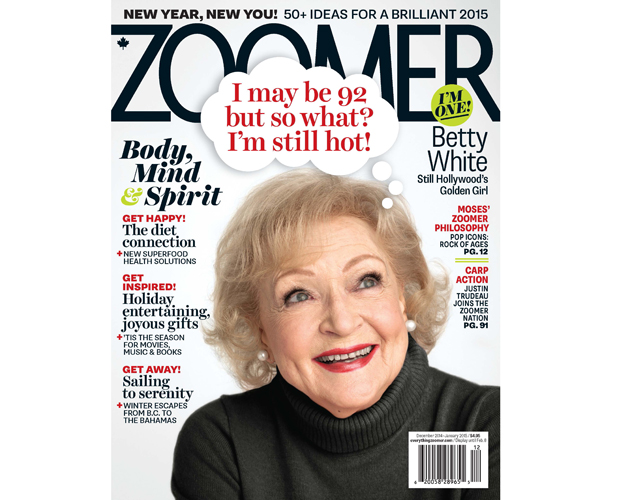 I’m sitting on a bench soaking up the California sunshine one day this past spring on the CBS lot where they film the television show, Hot in Cleveland, waiting to interview Betty White, one of the sitcom’s stars.

At 92 years of age, she is a hot commodity in Hollywood. A star on a hit television sitcom entering its sixth – and final – season, she is one of a small elite group of actors that have worked on more than one successful ensemble comedies. Back in the ’70s, she played a man-eater on The Mary Tyler Moore Show. In the’ 80s, she played the lovable naive Rose Nylund on the hit series, The Golden Girls, and now she finds herself on another series with a group of women.

Finally, a publicist comes out to tell me Betty is ready for me. But as the publicist notices my phone in my hand, she tells me absolutely no photos are allowed. And she reminds me that I only have 10 minutes interview time.

I sigh. This entire trip was a tumultuous experience.

I believe it was because of something I said in my teen years, and the universe deemed it time I paid for the arrogance of my youth.

To find out more, read the winter issue of Zoomer.