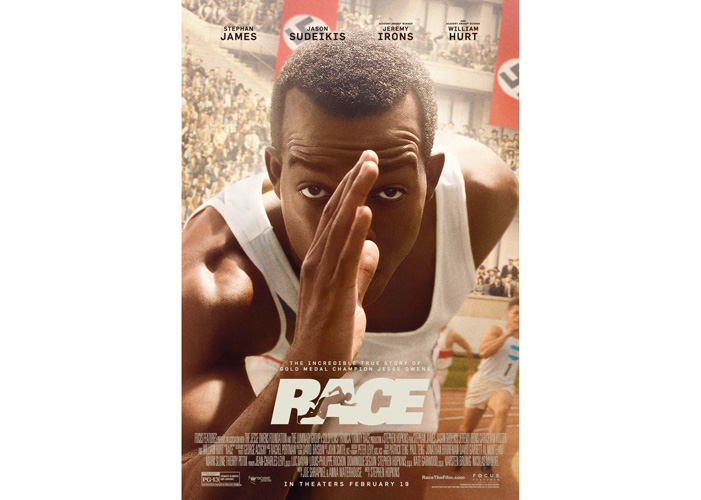 See the film for the acting, but read a history book or biography for the full story.

Choice Quote: “Out there, there ain’t no black and white. Just fast and slow.”

The Hype: The story of part of the life of American Olympian Jesse Owens from his youth to shattering world records and colour barriers and making the Führer fume by winning four gold medals at the 1936 Berlin Olympics.

The Reality: Like 42, the 2013 film about how Jackie Robinson broke baseball’s colour barrier, Race’s PG-13 rating ensures this story of racial conflict and a hero who tackles it head on is coated with enough sugar so as to be easily swallowed by audiences decades removed from these particular events.

That’s not to say that Race simply limps across the finish line. Canada’s Stephen James puts in an absorbing performance as Owens, from his roots in the poverty-stricken neighbourhoods of Cleveland to his time in college, where his coach, Larry Snyder – played superbly by Jason Sudeikis – sets him on the road to the Olympics, to his moral struggle between attending the Olympics or heeding the NAACP’s request that he boycott them in solidarity with Germany’s oppressed people.

Of course, as we know, Owens attends the Olympics and dashes Hitler’s ideas of Aryan supremacy and James is fantastic here too. The problem is, the film only takes us to Owen’s post-Olympic celebration at the Waldorf Astoria in New York. What we don’t see is the struggle Owen’s endured long after the Olympic glory faded, when the hero is broke, working blue collar jobs at the height of the Civil Rights movement, or how American President Franklin Delano Roosevelt all but ignored him after his Olympic heroics.

Still, the film is buoyed by the performances of its stars. Alongside James is fellow Canuck Shanice Banton as his wife, Ruth Solomon, Jeremy Irons as the slimy Avery Brundage, a builder and future International Olympic Committee President who planned to collaborate with the Nazis by building their embassy in Washington, Carice van Houten as German filmmaker Leni Riefenstahl and Barnaby Metschurat, who is positively chilling as Nazi propaganda minister Joseph Goebbels.

Beyond the acting, it’s the fantastic race scenes that inspire – in particular, those shot in Berlin with crowds of thousands watching Owens enter Olympic lore. Still, while you may want to see the film for the acting, you’d be advised to read a history book or biography for the full story.

The Verdict: When it comes to biopics, Race is like the sprinter in the middle of the pack – a decent showing but far, far from the podium.

Popcorn Rating: 3 kernels out of 5.

Race is in theatres today.