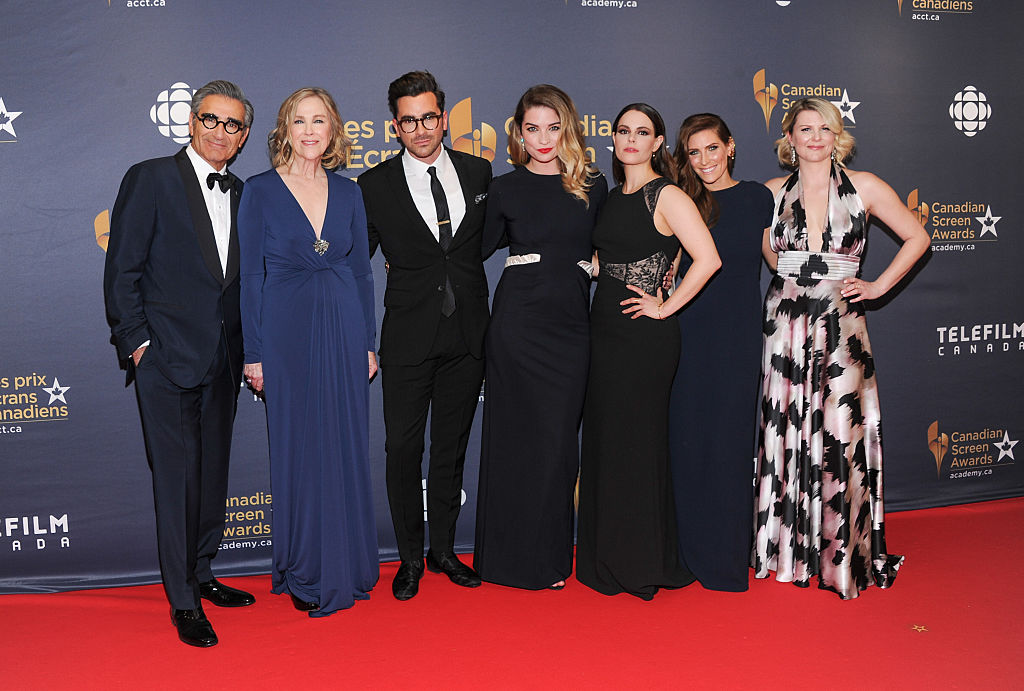 When it comes to red carpet dressing, The Canadian Screen Awards might not generate the who-wore-what hype associated with the glitzy award shows like the Oscars or Golden Globes. But that did not stop the bold-faced names from bringing a certain amount of style wattage to the red carpet at the Sony Centre in Toronto where the award show was held last night.

And just like their Hollywood counterparts at red carpet award shows, there were those that were slickly and effortlessly turned out, others who were dressed to be noticed and a few whose outfits raised eyebrows.

But hey, it’s an award show celebrating Canadian talent in film and television – with a statuette now christened as the Candy, in homage to celebrated actor John Candy – so there was a sense that perhaps, this award show has finally arrived.

We round up a few of the style-worthy on the red carpet. Catherine O’Hara takes home the award for Best Actress in a Comedy for her role in Schitts Creek.