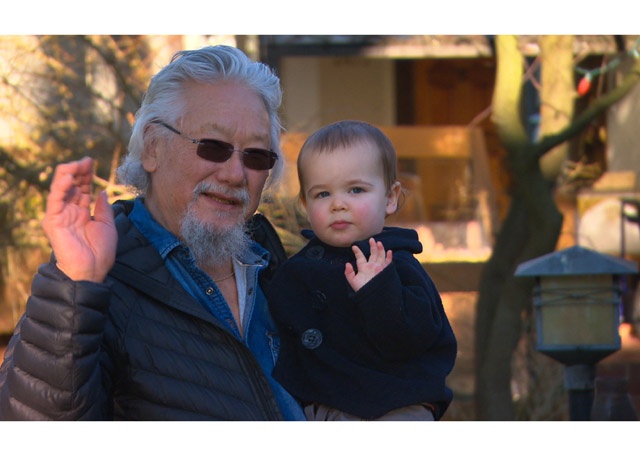 “My biggest fault is that I’m not very well organized,” David Suzuki says on a new CBC video, which is a surprise given the famed Canadian scientist and broadcaster quipped to Zoomer five years ago that, “One thing about turning 75 is that it forces you to get your shit together.”

We have a feeling that the humble Suzuki holds himself to a higher standard. Still, five years on – and as he prepares to celebrate his 80th birthday – Canada’s most famous and best-loved academic is preparing to reveal an entirely new side of himself and his life to the world.

We’ve seen a personal side of Suzuki in the past – two years ago Zoomer sat down with him to discuss his documentary Untangling Alzheimer’s and his first-hand experience with the disease, which his mother battled. Now another documentary, [email protected], airing March 24 (Suzuki’s birthday), follows Suzuki as he prepares to enter his octogenarian years at home, work and play.

“Nobody knows me on the basis of what I do on television. That’s a total fabrication,” Suzuki says in a trailer for the documentary. “On television you’ve got to have your ideas set and then you present it in a very controlled way. And that’s not the same as me projecting who I am. I’m just a human being with all the faults and good features of any other human being.”

Well, that might be a stretch. Suzuki – a tireless environmental advocate for decades; an award-winning scientist and author; a beloved television personality; a top five finalist in the nationwide vote for the greatest Canadian ever – may just boast a few good features that the rest of us need a little work on. But nonetheless, he remains modest and declares that the driving force that keeps him working into his seventh decade is his grandchildren.

“What makes me smile is when I think of my grandchildren,” he says. “The thing that drives me is thinking about the kind of world my grandchildren are going to grow up in. What scares me is that human beings don’t come to their senses soon enough. We’re heading right over the edge of a cliff.”

As for the secret to a long, healthy, vibrant life, it may be the one question that Suzuki can’t draw on his vast scientific knowledge to answer.

“I don’t have any secret for a long life,” he notes. “At my age I say I chose my parents wisely and exercise.”