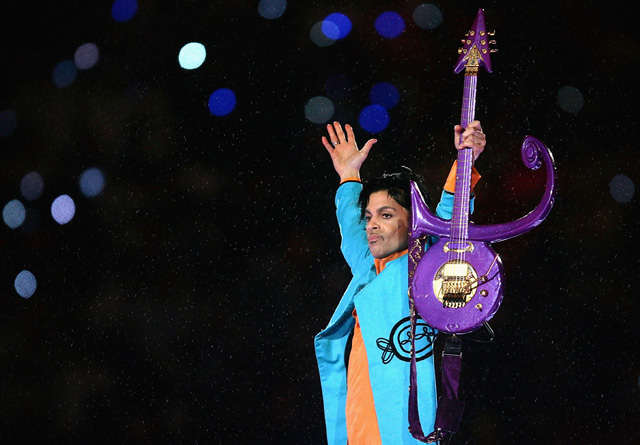 Prince wasn’t only one of the most ground-breaking singer/songwriters of his generation, but he was also one of the great live performers of the past half-century as well. Whether he was lighting up the mic centre stage or playing the role of guitar hero in the background, he always managed to rock his way into the spotlight.

From Super Bowls to late night talk shows to music festivals and the Rock and Roll Hall of Fame, there wasn’t a venue Prince didn’t know how to rock. Scroll through for our eight of our favourite Prince live performances.

“While My Guitar Gently Weeps,” in tribute to George Harrison, with Jeff Lynne, Tom Petty, Steve Winwood, Harrison’s son Dhani Harrison and others at the 2004 Rock and Roll Hall of Fame

“While My Guitar Gently Weeps” by zoomermedia

“Nothing Compares 2 U,” Prince and Mary J. Blige at the IHeart Music Festival, 2012

“Nothing Compares 2 U,” Prince and Mary J. Blige by zoomermedia