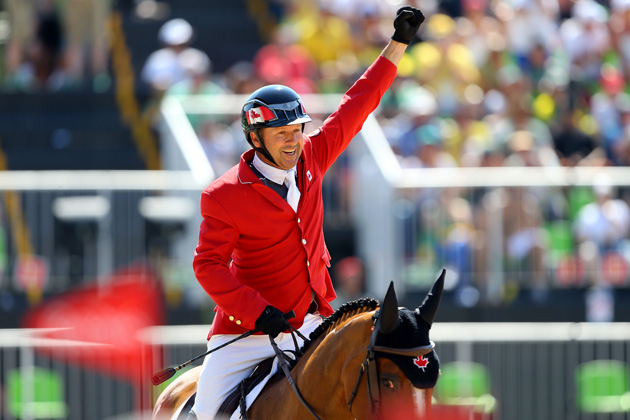 Riding his brown mare, Fine Lady 5, the Schomberg, Ont., resident knocked down only one rail—the only one he missed in the entire competition. The eventual gold medal winner was Nick Skelton of Britain, who, at 58, makes Lamaze and silver medal winner Peter Fredricson of Sweden, 44, seem like fresh-faced youths.

Lamaze has been a long-time force on the riding scene, becoming the first Canadian equestrian athlete to win a gold, which he accomplished at the 2008 Olympic Games in Beijing.

Before the Games, when asked about his age being a negative factor, Lamaze responded: “Confidence in our sport is a huge part of being a rider. It does not matter how old you are or how much experience you have, you have to ride a wave.”