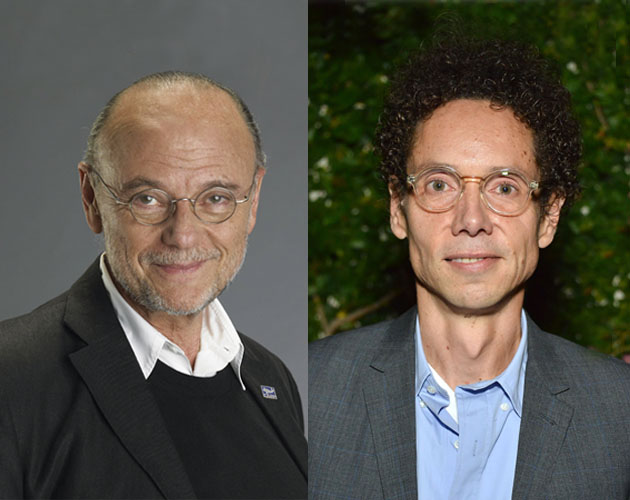 Moses had it first: Thirty-six years ago, Znaimer called for an overhaul of the Olympics—and now Malcolm Gladwell has made an all-too-familiar pitch on CNN.

Recently, Canadian-raised trend-spotter and cultural commentator Malcolm Gladwell made waves by suggesting a radical change that might solve the problems that hobble the Games. Speaking to CNN’s Fareed Zakaria in August 7, 2016, the 52-year-old journalist said:

“The core of the problem has now become that every year we make [the Olympics] bigger and more complicated. Every four years the cost of it grows. Every four years the security concerns grow more terrifying. Every year the job gets harder and more expensive. The corruption becomes bigger because we’re talking about billions of dollars at stake. So you have this thing, which, I think, is so unwieldy that it’s time to break up the Olympics. There is zero reason to have everybody in one place, right? This notion that everything has to take place in Rio, or London before it, is so nuts. Like, where is it written that the rower has got to row in the same geographical proximity as the runner has to run? Break it up into logical parts—four or five parts—and have a [different] country take each part.”

He went on to tell Zakaria: “For example, I’m a big running fan. Can I just say how absolutely insane it is to have people run long distance in equatorial Brazil in the month of July. This is insanity!…We had a marathon in Beijing in 2008 that was so hot that people were risking their lives…Stockholm would be a fantastic place to have track every four years and [we can] have the gymnastics in Rio because they’re inside with air conditioning.”

Back in 1980, Canadian entrepreneur and media mogul, Moses Znaimer, ZoomerMedia’s Founder who is internationally known as a “media visionary” (the description the press has affixed to his name, like an honorific) gave an interview to Maclean’s that ran as a Q&A entitled “Television etcetera according to Moses.” In an answer to the question,

“Could you give a specific example of an expanded use of TV?”

“The Olympics. I think it is a physical event located in one place distinguished by obscene gigantism of all sorts—too many sporting events, too much money, too many security problems, too many bankrupt cities and too much politics. I think it’s high time the Games were brought up to date with instantaneous planet-wide communications…I propose to organize the Games into an internationally switched TV spectacular…One moment you’re in a tiny African country, which otherwise would never participate, where they happen to have the best bicycle tracks. The athletes and enthusiasts for that sport would go to that country. A central switcher takes the event. Next, by the magic of satellites, we switch to Brussels for a track and field event; then to Los Angeles for swimming; and on to Moscow for weightlifting. I think it would capture the imagination of the world. Dozens of small Olympic sanctuaries all over the globe. At the flick of a switch, billions at home go to Argentina for soccer, to the Thames for rowing. My idea removes the horrendous negatives of financing, logistics and politics.”

So Gladwell had the same, but less well thought out idea as Moses. But here the plot thickens and the questions come. Is this a matter to be parsed away in an examination of intellectual coincidences fit for one of Gladwell’s best-selling books? Or, is this an example of the strong and stealthy undertow of misty water-coloured Maple Leaf memories? After all, Maclean’s is one of Canada’s best-known and highly circulating magazines in any genre and its widest read news magazine. Gladwell graduated from University of Toronto in 1984, which means it is likely he was in Canada in 1980. And whether he read and was influenced by the article is one of things that makes you go hmmm.

Maclean’s magazine really liked Moses’ idea because in a 2000 edition of the weekly, then Editor Anthony Wilson-Smith, in an Editor’s Letter entitled “When Moses speaks, listen,” (pegged to the news that Moses was bringing the TEDCity conference to Toronto) quoted a letter that Moses sent to the city’s Olympic Committee as it was contemplating a 2008 bid. “[Toronto could serve as] Base Site and Organizer of a Live Switched Universal Television event shared with a handful of other cities world wide.”

That’s right folks, sharing is caring about the good of the planet; a point driven home by Rio’s ecologically influenced opening ceremonies. And then there’s the inspiring camaraderie of the athletes who, while competing under their disparate countries’ flags, showcase through sport the pinnacle and paradigm of global unity.

For as Moses also said in that 1980 Maclean’s interview: “The spiritual point behind the Olympics comes alive precisely because you could not better describe the event’s universality and the friendship of people[s] than to originate it from all the countries in the world rather than just one.”