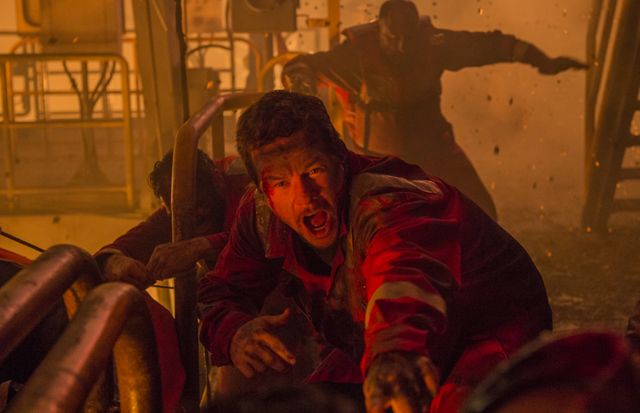 Back in the mid-1990s who would have imagined that one day, two decades on, John Malkovich – multi-time Oscar nominee and one of the most celebrated actors of his generation – would be sharing a TIFF red carpet with rapper Marky Mark and, later in the evening, the curly-haired kid from NSYNC? Show business is strange. Even Nicole Kidman, at TIFF for LION, couldn’t believe it.

#TIFF16‘s greatest gift so far has been a Nicole Kidman reaction for every mood and situation. pic.twitter.com/3JMzwRyOEr

Gala Gawking: The cast of DEEPWATER HORIZON, which stars Mark Wahlberg, 45, and a funky bunch (see what I did there?) that includes Kurt Russell, 65, his daughter Kate Hudson and John Malkovich, 62, gets the gala treatment tonight at Roy Thomson Hall for the world premiere of their flick about the worst oil spill in U.S. history. Once they finish up, Oscar-winning director Jonathan Demme moves in for the world premiere of his concert doc JUSTIN TIMBERLAKE + THE TENNESSEE KIDS, which we assume means JT will glide across the red carpet at some point.

The Sleeper Hit: It’s more than three hours long and its title alone hints this isn’t exactly a laugh out loud romp, but the Canadian film THOSE WHO MAKE REVOLUTION HALFWAY ONLY DIG THEIR OWN GRAVES is already receiving high praise for its ability to blend fiction and reality, documentary footage and original content and traditional and unconventional filmmaking techniques to tell the fictional story of a terror plot aimed at Montreal. The film makes its world premiere at TIFF at the Winter Garden Theatre tonight.

BIRTH OF THE DRAGON: This Canadian/American/Chinese co-production makes it’s world premiere at TIFF and chronicles the story of Bruce Lee’s rise to prominence in 1960s San Francisco, including his clash with Wong Jack Man, a martial arts master sent from China to stop Lee from revealing the secrets of their ancient art to the world.

INTO THE INFERNO: Celebrated director Werner Herzog explores both the reality and the mythologies that surround volcanoes in a documentary years in the making, for which he travelled to active sites around the world with volcanologist Clive Oppenheimer.

MA’ ROSA: Filipino actress Jaclyn Jose, 52, became the first South Asian woman ever to win the Best Actress award at Cannes for her portrayal of a convenience store owner forced to peddle drugs to feed her family, and who then falls into the clutches of a corrupt police force. The Filipino production, directed by Brillante Mendoza, was also in the running for Cannes’ top prize, the Palm D’Or.

RATS: This film, which screens as part of TIFF’s Midnight Madness, is exactly what it sounds like. From flood-ravaged New Orleans to the streets of Cambodia, Super Size Me director Morgan Spurlock’s latest documentary charts the lives of rats, how different societies react to them, the scientific secrets they may hold and everything else you didn’t know you wanted to know about one of nature’s most disliked creatures.

TWO LOVERS AND A BEAR: Love, isolation, mental health, personal histories and a bear voiced by Gordon Pinsent collide in Canuck director Kim Nguyen’s follow up to his award-winning and Oscar-nominated 2012 hit Rebelle. Tatiana Maslany and Dane DeHaan co-star in this home grown feature about two lovers on a trip through the Arctic.

Think outside the [Light]box: Aside from her celebrated film work, Palestinian actor and director Hiam Abbass, 55, once served on the jury at the Cannes Film Fest. Aside from his film work, Mark Wahlberg once rapped, “The vibrations good like Sunkist/Many wanna know who done this/Marky Mark and I’m here to move you/Rhymes will groove you.” Today, each gets their own IN CONVERSATION WITH… spotlight, during which they’ll discuss their very different career paths.

How do you say “swoon” in British? Colin Firth gives us a #TIFF16 surprise at the premiere of LOVING, which he produced.