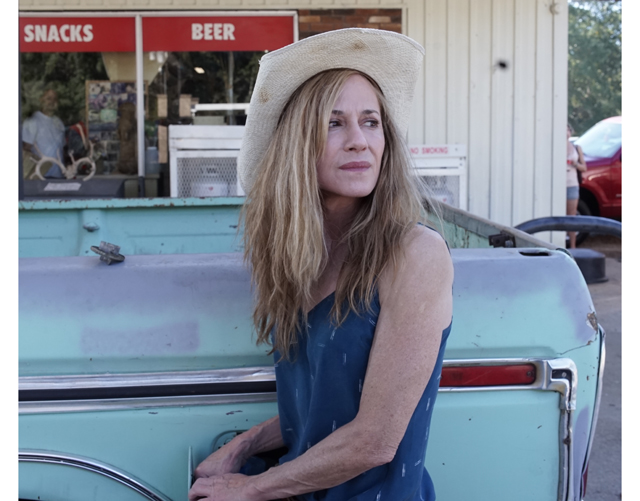 Gala Gawking: Oscar winner Holly Hunter, 58, plays a grieving mother who sets out on a road trip to confront her dead son’s friend in STRANGE WEATHER. Meanwhile, one of the world’s biggest rock band’s take a trip of their own, across Latin America and culminating in a concert in Havana, Cuba in the documentary THE ROLLING STONES OLÉ OLÉ OLÉ!: A TRIP ACROSS LATIN AMERICA.

The Sleeper Hit: When a middle-aged couple’s marriage hits the rocks, they decide to open their large home to a host of co-inhabitants in the 1970s set Denmark/Netherlands/Sweden co-production THE COMMUNE.

TIFF Fave Three: Our top three picks for the day are…

DOG EAT DOG: Three Men and a Baby meets the mafia in this comedy about a trio of criminals tasked with kidnapping a mobster’s baby, starring Nicolas Cage, 52, and Willem Dafoe, 61.

(RE)ASSIGNMENT: Talk about a botched surgery – Sigourney Weaver, 66, plays a surgeon who performs gender reassignment surgery on her brother’s killer, turning him into a woman (Michelle Rodriguez). Needless to say, the killer isn’t happy about it and plans her revenge in this thriller helmed by famed director Walter Hill, 74.

A COOL SOUND FROM HELL: Believed lost for decades, this 1959 film about a Toronto man who descends into the underbelly of the city’s jazz scene is part drama and part historical record of a period in this city relegated to history.

Think outside the [Light]box: Speaking of jazz, if you’ve had your fill of film for the day head a few blocks north of the fest to the city’s historic Kensington Market and experience the sights, sounds and tastes of the inaugural Kensington Market Jazz Festival. Founded by Canadian singer/songwriter Molly Johnson, 57, the jazz festival features more than 100 musicians on stages throughout the Market from Friday through Sunday. For more information, visit www.kensingtonjazz.com.