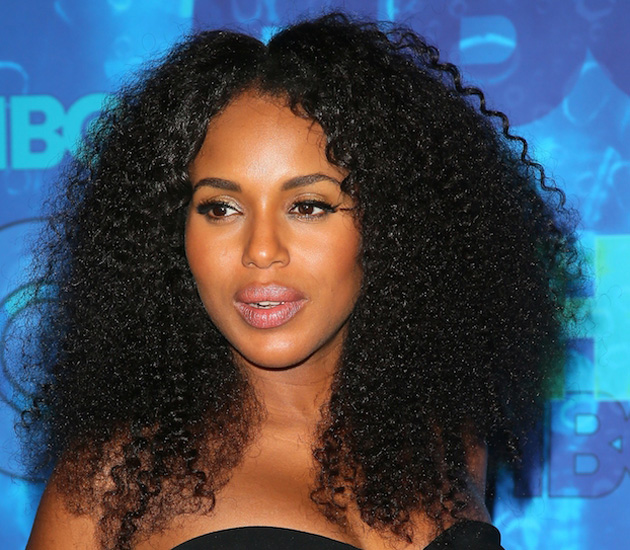 It’s not just about the awards. Here, we look at the beauty highlights from the 68th annual Primetime Emmy Awards in Los Angeles.

Except when it is… What was the best accessory at last night’s Emmy Awards? An Emmy, of course! And we couldn’t be prouder of Canadian actress Tatiana Maslany who won Outstanding Actress in a Drama Series for her role on Orphan Black, where she plays multiple clones. The series is created and written by Canadians and filmed in Toronto, so Maslany’s win is really a win for the whole country. Perhaps that’s why she chose red? Whether a nod to her nation or not, the pairing of the vibrant hue with a smoky eye and pale pink lipstick is a modern twist on old Hollywood glamour. Congrats!

What did we tell you about accessorizing at awards shows? Sarah Paulson smiles as she holds up her Emmy for Outstanding Actress in a Limited Series or Movie for The People vs. O.J. Simpson: American Crime Story. We love her short blonde hair—a far cry from the nasty hairstyles she wore while playing attorney Marcia Clark. To that end, Clark was Paulson’s plus one at the Emmys, and she too sported a slick new do.

Then again who needs an Emmy when you have hair this gorgeous? A very pregnant Kerry Washington, of the hit series Scandal, was nominated this year for her portrayal of Anita Hill in the HBO movie, Confirmation, which tells the story of the Clarence Thomas 1991 U.S. Supreme Court nomination hearings. Hill, a former employee, accused Thomas of sexually harassing her.

We loved Constance Zimmer’s red carpet confessional: she took a risk and cut her hair on the morning of the ceremony. We approve. The blunt fringe and chin-length bob is fun and flirty and a smart contrast to her feminine pink gown and matching bright pink lipstick. Zimmer was nominated for Outstanding Supporting Actress in a Drama Series for UnReal.

Outstanding Actress in a Drama Series nominee Taraji P. Henson (for Empire) sported two different beauty looks at the Emmys. This one, on the red carpet, is all soft waves and nude make up, giving her bright yellow dress centre stage. As presenter, Henson wore a slick bob to add drama to her second dress of the night—a sequined bronze number.