The Rolling Stones (Likely) To Drop New Album This Week 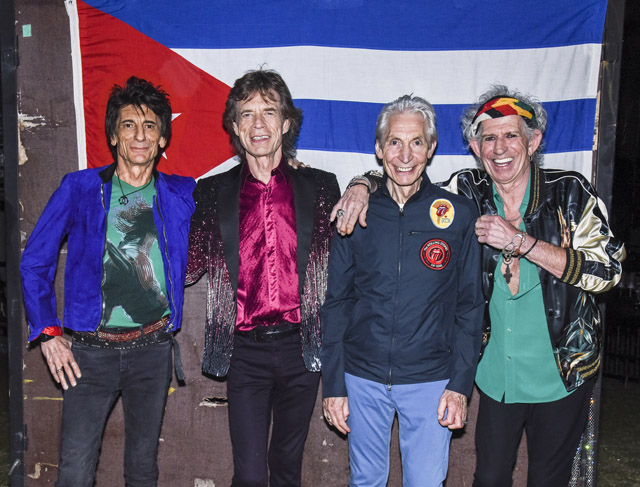 Rumour has it the Rolling Stones are set to release a new album on October 6.

On Thursday Oct. 6, a day before headlining the first-ever Desert Trip Festival, alongside Paul McCartney, Bob Dylan, Neil Young and The Who, and mere days after playing a surprise gig for a trucking company in Las Vegas, the Rolling Stones are (likely) dropping a new studio album.

The unnamed disc, which would be the band’s first studio album since 2005’s A Bigger Bang, is believed to be a collection of Chicago blues tunes the band cut over the course of three days in England earlier this year. It includes two songs alongside fellow rock legend Eric Clapton, who popped in during a break from his own recording session in an adjacent studio.

The band teased the album with seconds-long montages of video clips from the recording studio posted to their Twitter page over the last few days, with the phrase, “Coming October 6.”

They tweeted another short video today: “Tomorrow. 2PM GMT / 6AM PST / 9AM EST.”

“The record sounds very crude, very authentic. It captures the essence of what they are,” longtime producer Don Was told France’s Le Figaro. In April, NME quoted the band’s guitarist Ronnie Wood as saying, “We went in to cut some new songs, which we did. But we got on a blues streak. We cut 11 blues in two days…When we heard them back after not hearing them for a couple of months, we were, ‘Who’s that?’ ‘It’s you.’ It sounded so authentic.”