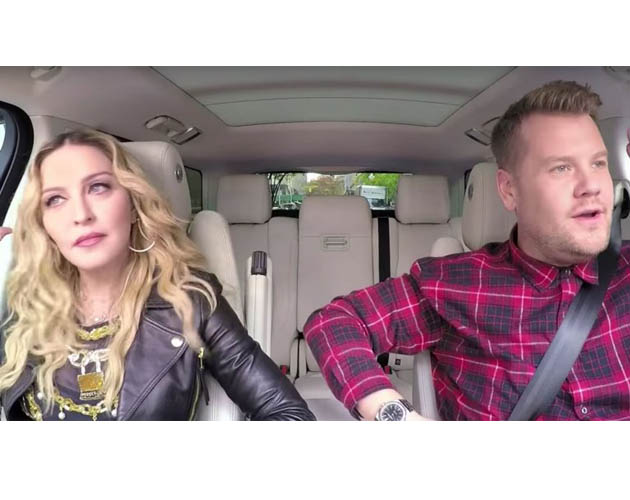 Pop icon Madonna struck a pose, gossiped and sang some of her chart-topping singles in the latest installment of James Corden’s Carpool Karaoke.

The 58-year-old Material Girl spent the nearly 15-minute car ride singing hits from the 80s and 90s while dishing on her storied music career, including run-ins with some of the biggest stars in the industry.

“I don’t like riding in a car unless there’s music,” she said before singing “Vogue”—complete with leg splits, something the longtime yogi did with complete ease.

But one of the biggest moments came when she revealed that she once locked lips with the King of Pop himself—Mr. Michael Jackson.

“Baby, I’ve been around,” she told Corden. “I did get him to sort of loosen up with a glass of chardonnay. It did wonders.”

That’s our Madonna—entertaining (and oversharing) since the 1980s.