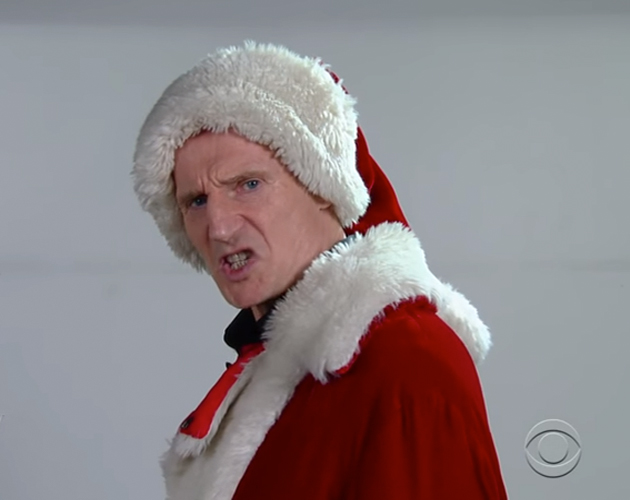 Liam Neeson is a man of many talents—but playing Jolly Old Saint Nick isn’t one of them.

The 64-year-old Irish actor “auditioned” for the role of a mall Santa during a hilarious new sketch on The Late Show with Stephen Colbert.

Channeling his Taken character, Bryan Mills, Neeson lends a brooding intensity to the role of Santa, using his signature raspy growl to say such lines as: “I see you when you’re sleeping. I know when you’re awake.”

Warning: It may give you nightmares.