Catching Up With…Ted Lange From ‘The Love Boat’ 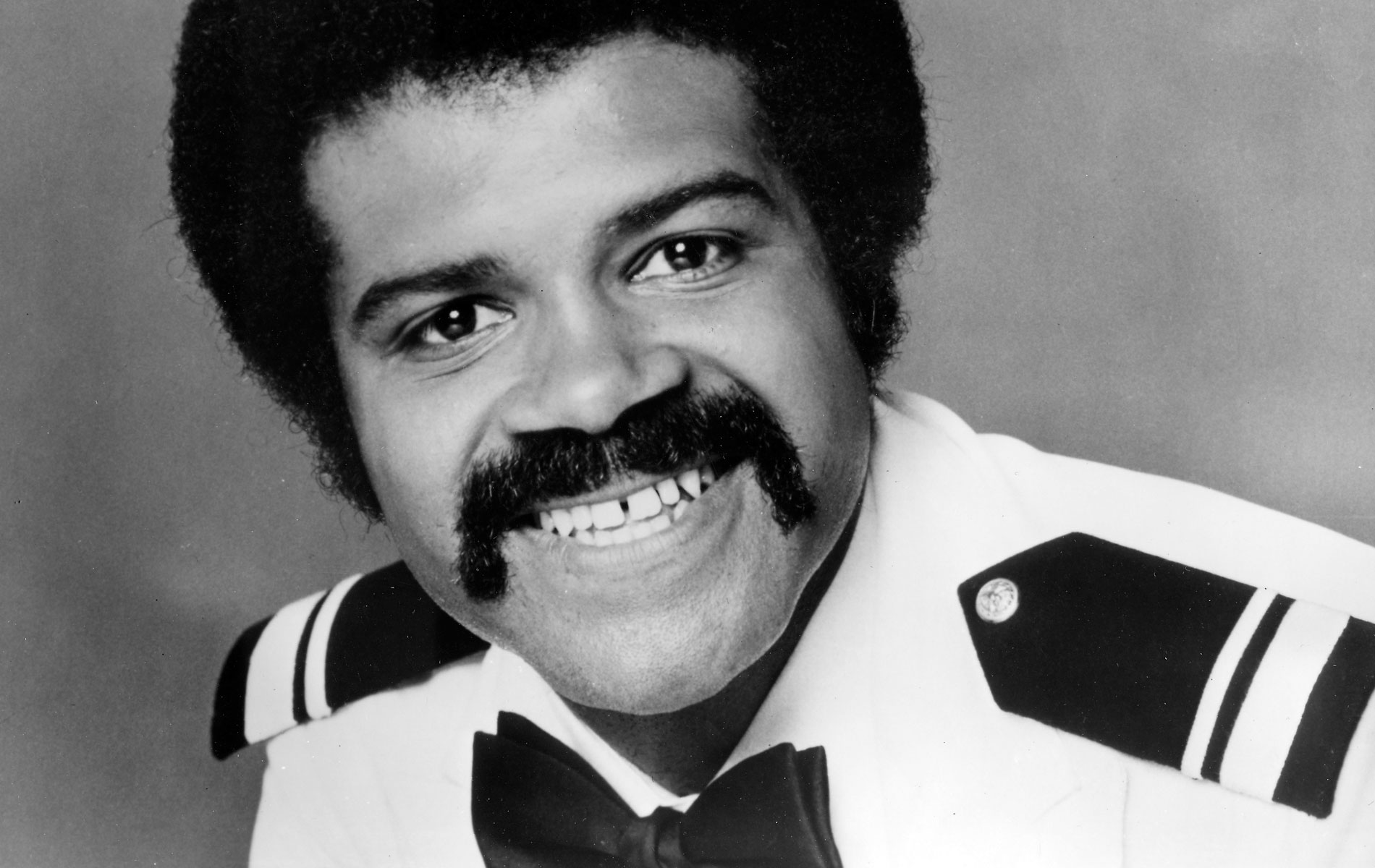 The 69-year-old star of The Love Boat talks fame, playwriting and the time he bought Gene Kelly a drink.

Ted Lange can still vividly recall the night he refused to let Gene Kelly buy him a drink.

At the time, Lange was in Hong Kong filming the seventh season of the Aaron Spelling-produced ratings juggernaut, The Love Boat. But, in a series that featured the likes of Betty White, Tom Hanks, Kathy Bates and Janet Jackson, it was the acrobatic Gene Kelly—he of the weightless dancing—that left a lasting impression on Lange.

“We went out one night and he wanted to pick up the tab, but I insisted [on paying],” Lange recalls, laughing. “[Kelly] said, ‘No, you’re just a kid, let me pick up the tab.’ And then I said, ‘No, you don’t understand. I want to be able to tell my kids, years from now, that I bought Gene Kelly drinks—in Hong Kong!’ That was part of the adventure with this show—you never knew who you were going to meet next.”

Yet, for all its famous guest appearances and cameos, Lange was the real star of The Love Boat, which aired from 1977 to 1986. As Isaac Washington, the ship’s affable bartender, Lange was a fan-favourite whose character frequently got caught up in the drama of the series’ revolving door of guest stars. Between his iconic “double-point” in the opening credits and impeccable comedic timing, Lange seamlessly cemented his status as one of the most popular and in-demand TV stars of the 1970s.

But when The Love Boat docked for the last time in 1986 after nine successful seasons (all filmed on location at exotic locales) and a whopping 250 episodes (of which Lange appeared in every single one), the actor was ready to tackle new challenges.

He turned his knack for storytelling into a successful career as a playwright, staging and producing 25 critically-acclaimed plays, including his historical trilogy George Washington’s Boy, Lady Patriot and The Journals of Osborne P. Anderson. An avid historian, Lange’s work highlights the lives of often-sidelined black figures throughout American history. It’s a passion he has fully immersed himself in, even dubbing himself a “footnote historian.”

“You’ll find that the African-American participation in the story of America is usually just a footnote in the history books,” he explains. “It rarely goes into the specifics about what we did in helping create this country.”

And Lange shows no signs of slowing down.

His latest play, a prequel to Shakespeare’s Othello, called The Cause, My Soul, will make its New York debut January 2017 and, for the classically-trained thespian (he attended the Royal Academy of Dramatic Arts), it’s a dream project come true.

We caught up with Lange to talk playwriting, mixology and The Love Boat.

On auditioning for the role of Isaac Washington…
“It wasn’t a normal audition process. I had already done two shows for ABC, That’s My Mama (1974-1975) and Mr T and Tina (1976). When I went in to meet with [The Love Boat producer] Doug Cramer all he did was ask me if I ever get seasick, and I said, “No, so give me the gig!” And that was basically it. (laughs) Keep in mind that, at the time I was being interviewed, the producers were way more concerned with finding an actor for the role of the captain. I wasn’t an afterthought, per se, but I was the guy that the network already liked and envisioned in the role of Isaac.”

On the perks of playing a bartender on TV…
“I had no idea how to mix drinks! If you ever rewatch the first season you’ll see that everything I’m making are blended drinks. (laughs) At the end of the first season I went to bartending school and learned to properly mix drinks. I earned my bartending license, and they even gave me a second certificate for my character, Isaac Washington. I put that one [on display] on the set.

I’d get recognized a lot when I’d go into a bar or restaurant, and the bartenders would immediately send over their specialty drink for me to try. They were always hoping I would make their signature drinks on the The Love Boat. They’d come over and say, “I call this drink ‘Atlanta GA’ and mix it in front of me.” (laughs)

On his all-time favourite episode…
“Oh, baby! That’s a toughie! (laughs) When I was a kid growing up in New York I used to hang out with two other actors—Ben Vereen and Philip Michael Thomas. Philip Michael Thomas went on to do Miami Vice and Ben Vereen, of course, became a big Broadway star and actor in Roots (1977). Ben and I made a deal—he said he’d appear on The Love Boat only if I was directing the episode. So when it came time to direct my first episode I went to the producers and told them I could get Ben Vereen [to make a guest appearance on the show] and they laughed. They said, ‘We’ve been trying to get Ben Vereen for four years, what are you talking about?’ And I said, ‘If I get Ben Vereen, can we make the story an African-American one?’ And they said, ‘If you can get Ben Vereen, you’ve got it.’ So I called up Ben and he came on The Love Boat (season 5, episode 26: “Pal-I-Mony-O-Mine/Does Father Know Best?/An ‘A’ For Gopher”). That was a lot of fun. We were so proud. No one really knew how proud we were, but we thought back to our ‘salad days’ in New York. We’d come so far since then. It was fun to work with my friend on the show.”

On how his writing experiences on The Love Boat shaped his career as a playwright…
“You have to hold the audiences attention, so in directing The Love Boat I learned the value of creating conflict or comedy within the dialogue—and how to get right to the point. One of the things I’ve found in writing and directing plays is that, if the first act goes over the one hour mark, the audience gets fidgety real fast. The show taught me to move the plot along at a good pace.”

On being a self-proclaimed “footnote historian” and playwright…
“You’ll find that the African-American participation in the story of America is usually just a footnote in the history books. It rarely goes into the specifics about what we did in helping create this country. So what I’m trying to do [with my plays] is not rewrite history but, rather, expand on the things we already know so that America gets to know their full history. I wrote about a woman named Mary Bowser for a Civil War-set play called Lady Patriot. Most people don’t know about Mary Bowser and the fact that she was a freed slave who earned an education and later worked in the Confederate White House of Jefferson Davis. This is part of our history! But if you read history books about that era, Mary Bowser is either not in the book or she’s just a footnote. So I brought her to the forefront, and told it from her point of view, and that’s what I do with my other plays as well.”

On picking a favourite between acting, writing and directing…
“Acting! I started out as an actor and I still love it. But what happens is that sometimes you go and audition and people don’t necessarily see you in the part. I’m 5’7″ and I’ve walked into auditions where people think I’m not tall enough for a certain role. I’ve been told I wasn’t tall enough to play a cop! I said, ‘What? You’re telling me that no cop out there is 5’7”?’ And they say, ‘Well, yeah, I guess there are.’ But I still didn’t get some of those parts. So, out of a desire to remain in the business, I started doing more directing and writing. But my first play started with the opening sentence (deepens voice): ‘A black man, 5’7″ inches, walks into the room…’ (laughs) I’m in the business that I love and I want to participate—but to do that, I had to diversify. I didn’t want to just sit on my thumb. If I just relied on acting I would have retired a long time ago.”

On his current projects…
“I have 25 plays under my belt now. I’m debuting my new play on January 18 in New York. I wrote a prequel to Othello called The Cause, My Soul. I wrote it in verse. It answers all the questions you may have about the original play and it ends where Shakespeare’s play starts. You get to see how Othello meets and woes Desdemona and you better understand why Iago goes to the dark side. People often wonder why Iago is so mad at Othello, and I think I answered those questions. It stars Roscoe Orman, who used to be on Sesame Street. I studied Shakespeare in 1984 while attending the Royal Academy of Dramatic Arts, and I did a lot of research for this play.

I’m also going to be doing a reading in Falls Church, Virginia, of my play, George Washington’s Boy, which is about Washington and his relationship with his favourite slave. We’ll be doing it on Washington’s birthday [February 22] at Falls Church Episcopal Church where he used to worship in the 1700s. I’m very excited about that.”