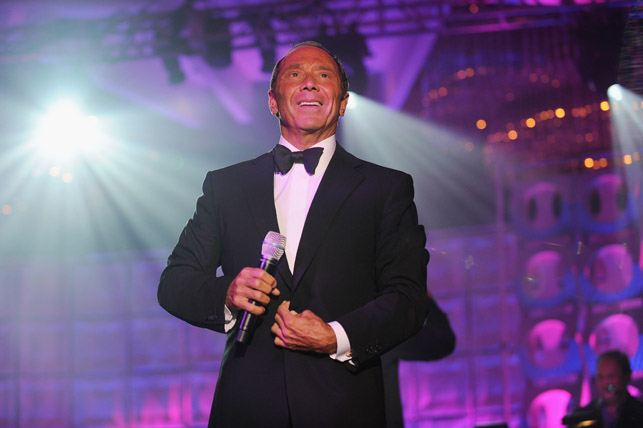 Well here’s a bit of that “fake news” Donald Trump’s always talking about – earlier today, Radar Online broke the news that legendary Canadian crooner, and former Zoomer cover subject, Paul Anka had agreed to perform at a gala following the U.S. President-elect’s inauguration next Friday. They went so far as to say that the 75-year-old was re-writing his classic tune “My Way” for the occasion; the song’s first line, “And now, the end is near,” at least seemed appropriate in summing up how the majority of people feel as we approach a Trump presidency.

But now, TMZ has confirmed that Anka will not be performing at the inauguration after all. In a video interview with Anka, the singer/songwriter said he was asked and had agreed to perform “My Way” for the new President and First Lady’s first dance following the swearing in ceremony. He noted, however, that due to a schedule change in an ongoing custody battle he’s involved in for his son Ethan, he’s unable to perform.

“I was doing it in terms of what’s good for our country and respecting the presidency,” Anka said of his motivations for the performance. “If I’d done it, I’d have hoped there’d be some understanding for my motivation for it and judge me accordingly.”

While Anka noted he’d been friends with the President-elect for half a century, when asked if his views match Donald Trump’s he laughed and declared, “You’ve got a better chance of getting a sunrise past a rooster on that one … No.” You can see his reaction in the video below.

Of course, President-elect Trump’s team has had difficulty securing acts to perform at his pre-inauguration concert. Major celebs who’ve declined the opportunity include Elton John, Garth Brooks, Canucks Celine Dion and David Foster, Andrea Boccelli, Justin Timberlake, Katie Perry and more. Even KISS turned it down. KISS, the band that gratuitously slaps its name on anything it can make a buck off of – from condoms to caskets to a decorative fountain for your house – decided, probably while huddled around a mirror painting their faces with little stars and cat whiskers, that performing at the Trump bash was just too ridiculous a stunt.

And while it would have been strange to add the President-elect to the illustrious list of folks Anka’s penned a tune for – Frank Sinatra (“My Way”), Johnny Carson (The Tonight Show theme) and Tom Jones (“She’s a Lady”) to name a few – it looks like the pre-inauguration performance duties will instead fall to the likes of country singer’s Toby Keith and Lee Greenwood, the band 3 Doors Down, teenage America’s Got Talent contestant Jackie Evancho, The Mormon Tabernacle Choir, the Talladega Marching Tornadoes college band, actor Jon Voight and members of the Rockettes who agree to take part, among the confirmed performers so far.