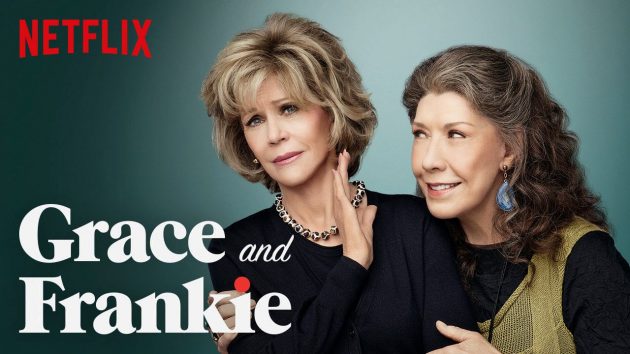 Netflix’s Grace and Frankie is set to make quite the buzz in its third season which hits Netflix on March 24th.

Viewers first met Grace (Jane Fonda) and Frankie (Lily Tomlin) during a particularly difficult and bizarre moment in their lives: In the pilot episode of the Golden Globe-nominated sitcom, their husbands announced that they were gay and in love—with each other.

If that’s not enough of a hook, this show also boasts quite the cast with Martin Sheen and Sam Waterson joining Fonda and Tomlin in the lead roles. Combined with hilarious anecdotes and snappy dialogue, the show takes a comic look at what could have been an incredibly awkward life transition for four people in their 70s and set in their ways.

In season three, watch for Grace and Frankie to try their hand at an entrepreneurial endeavour that’s bound to create some…good vibrations.