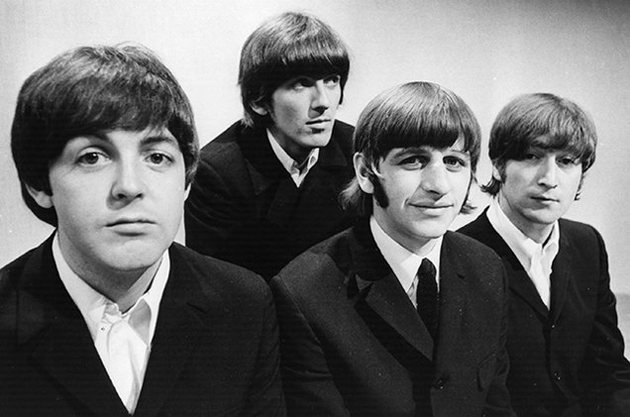 From Ray Charles’ spontaneous creation to John Lennon’s attempt at dodging interpretation, these artists prove that inspiration is everything.

There certainly isn’t any linear approach to writing a song.  Artists often start with a singular idea and find it takes on a life of its own. In many cases, the final product doesn’t bare much resemblance to that all important spark of inspiration and, as a result, some of our favourite classics have unexpected backstories.

Here, the backstories that will help you find a whole new appreciation for some of your favourite songs.

Few songs demonstrate the lyrical genius of Ray Charles the same way “What’d I Say” does. Unlike other artists on this list, Charles didn’t have time to dig deep for inspiration—after he ran out of material late during his second set of a marathon dance show in a small town near Pittsburgh, he created the song on the spot. As Charles took to the piano, he told his band to follow along and instructed his back up vocalists, the Railettes, to repeat after him.

The song, however, did drum up it’s fair share of controversy—not only for it’s sexual overtones, but its use of gospel style singing. According to Charles, he had no choice in the matter. “All I was tryin’ to do was sing the only way I knew how, period. I was raised in the church,” he explained to Rolling Stone. And as for the sexual overtones, he says they were natural in their own right as well. “Everybody knows about the ummmmh, unnnnh. That’s how we all got here.”

The song ultimately became the closing number for the majority of his shows and was his first top 10 single. Not bad for something he made up on the spot.

It isn’t uncommon for artists to generate their best work during the most difficult times in their lives. For Marvin Gaye, however, there wasn’t much choice in the matter. After his 12-year marriage with Anna Gordy ended, Gaye found himself entangled in the strangest of album deals.

When Gaye was unable to pay the million dollar settlement Gordy demanded, his lawyer struck up an unconventional deal—Gordy would receive the $305,000 advance made out by Motown for Gaye’s next album, plus the $295,000 it was expected to turn in profits.

Tasked with a project that offered little, if any, monetary gain for himself, Gaye used the album, titled Here My Dear, to air his grievances against his ex-wife. While the album is both bitter and self-pittying throughout, he still managed to hold onto that signature sound fans loved.

In “I Met A Little Girl”, Gaye describes when he first fell in love with Gordy—and the inevitable heartbreak that followed.

When he was alive, Bob Marley maintained an air of mystery around the meaning behind “I Shot the Sheriff” divulging only that the sheriff was a metaphor for “wickedness.” Many listeners, however, took the lyrics quite literally and the song came to represent a resistance against injustice and corruption.

After his death in 1981, a different meaning would surface. According to Esther Anderson, a former girlfriend of Marley’s who co-directed the 2011 documentary Bob Marley: The Making of a Legend, the lyrics arose out of his stance against her taking birth control. She says the sheriff is a metaphor for the doctor who prescribed her the pills.

While lyrics will often bend to individual interpretation, one portion of the song takes on a new significance with this information:

“Sheriff John Brown always hated me,
For what, I don’t know. Every time I plant a seed,
He said kill it before it grow.”

When John Lennon found out that schools offered classes dedicated to discerning the meanings behind The Beatles’ lyrics he  decided to pen “I Am The Walrus”—a song that defies interpretation.

And what better way to find inspiration for a meaningless song than to drop acid? In a 1980 interview with Playboy, Lennon explained that the first two lines of the song were jotted down while on two separate acid trips.

But even with the inclusion of nonsensical phrases such as “yellow matter custard” and “crabalocker fishwife,” Lennon was unsuccessful in his mission. Today, a quick Google search reveals an impressive array of fan interpretations and conspiracy theories dedicated to the bizarre lyrics.

The inspiration behind this song came from two specific redheads who’d entered Dolly Parton’s life at the time and left lasting impacts. The first, was an eight-year-old named Jolene, who had waited for an autograph after a broadcast of Parton’s television show in the late 1960s. The little girl’s red hair and emerald green eyes became the key physical features of Jolene in the song.

The second redhead Parton met around the same time took Jolene from beautiful woman to homewrecker. She was a bank teller who had developed a crush on Parton’s real-life husband. “It was kinda like a running joke between us—when I was saying, ‘Hell, you’re spending a lot of time at the bank,” she told NPR. “I don’t believe we’ve got that kind of money.’ So it’s really an innocent song all around, but sounds like a dreadful one.”

Lennon and McCartney’s recollections of the writing process for this song differ significantly. While Lennon maintained that McCartney’s contribution was merely offering advice as to how Ringo could play the drums, McCartney claims the two wrote it together during a three-hour session one day.

Their competing recollections are also reflected in conflicting stories regarding the genesis of the song’s title and chorus. Don Short, a British journalist who traveled with The Beatles on tour, claims that it arose out of the band’s time spent in the red light district of Hamburg, Germany. The working girls there carried a government issued card that indicated a clean bill of health. “John told me he coined the phrase ‘a ticket to ride’ to describe those cards,” Short told Rolling Stone.

McCartney’s explanation was a little more…innocent. He claimed that the title had come from a play on words, and that “ride” referred to the town of Ryde on the Isle of Wight.

If Short’s version of the title’s origins is true, there doesn’t seem to be any indication of it in the subject matter of the song.

Elvis Presley’s rendition is the undoubtedly the most popular, but it was Carl Perkins who originally wrote and recorded the classic. Rumour has it that the concept for the song originally came from Johnny Cash who’d overheard his friend from the airforce say “don’t step on my blue suede shoes” in reference to the black shoes he wore off the base. Cash says he later handed the concept over to Perkins who was in search of his first hit record.

However, in his 1996 biography, Go Cat Go! The Life and Times of Carl Perkins, the singer-songwriter tells a slightly different story, claiming he initially hadn’t put much stock in Cash’s idea. Perkins says the idea really came to fruition during a live performance when he heard a young man tell his date, “don’t step on my suedes!” He recalls thinking, “a pretty little thing like that and all he can think about is his blue suede shoes.”

He wrote the song that same night and later said it felt like “a song writing itself.”