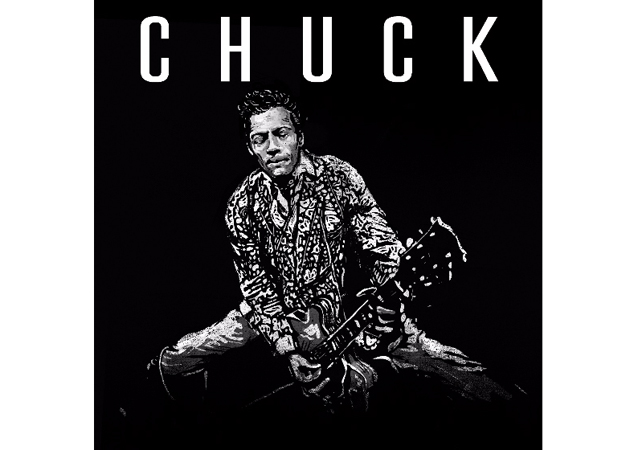 Chuck Berry, who helped to define rock ‘n’ roll in its early years, has died at 90. Here, we look at his new album Chuck due to come out later this year, his follow-up to Rock It, which came out in 1979.

While Paul McCartney, the Rolling Stones, newly crowned Nobel laureate Bob Dylan and other rock legends shared the bill on the first ever Desert Trip music festival the last two weekends, the man who laid the foundations for all of their careers and, in a way, that ground-breaking festival itself, was quietly making the final preparations for the release of his first album in nearly 40 years.

Chuck Berry, the father of rock and roll, marked his 90th birthday (Oct. 18, 2016) with the announcement of Chuck, his first studio album since 1979’s Rock It. Recorded in studios around his native St. Louis with his son, guitarist Chuck Berry Jr., his daughter Ingrid Berry on harmonica and the rest of his long time band, the songs, “cover the spectrum from hard driving rockers to soulful thought provoking time capsules of a life’s work,” according to Berry Jr. Berry himself said in the same statement that he’s dedicating the disc to his wife of 68 years, Themetta Berry, also known as “Toddy,” whom he married in 1948 before he found major musical success.

“My darlin’ I’m growing old! I’ve worked on this record for a long time. Now I can hang up my shoes!”

The announcement is noteworthy both for the reveal of a new Berry album and the nod – “Now I can hang up my shoes” – to an official retirement (Berry still plays shows in residency at the Blueberry Hill club in St. Louis). If that’s the case, Chuck closes out a career of near-unprecedented impact. While younger fans today may regard the Desert Trip headliners as rock and roll’s elderly statesmen, it was Berry’s style, sound and legendary tunes, including “Johnny B. Goode,” “Roll Over Beethoven” and “Maybellene,” that helped influence every major rocker from Elvis Presley onward—including countless artists who borrowed or blatantly copied his tunes. Not only would there likely be no Desert Trip music festival to speak of without him, but the creative evolution of every artist on the bill, along with their musical contemporaries, would be invariably altered.

“Chuck Berry may very well become the artist society selects when rock music is retroactively reconsidered by the grandchildren of your grandchildren,” author and journalist Chuck Klosterman wrote in a piece titled “Which Rock Star Will Rock Historians of the Future Remember?” in the New York Times in May. “Chuck Berry’s persona is the purest distillation of what we understand rock music to be. The songs he made are essential, but secondary to who he was and why he made them. He is the idea itself.”

Rolling Stone magazine ranked Berry, an inaugural Rock and Roll Hall of Famer and a Grammy Lifetime Achievement honouree, fifth on their list of greatest artists of all time, while his hit “Johnny B. Goode” was launched into orbit in 1977 as part of the Voyager Golden Record—an album that would demonstrate to any alien life that might find it the culture of their Earthly neighbours. It was the only rock and roll song included in the project.

Chuck will be available in stores and online in 2017. More details about the album and release date to come.