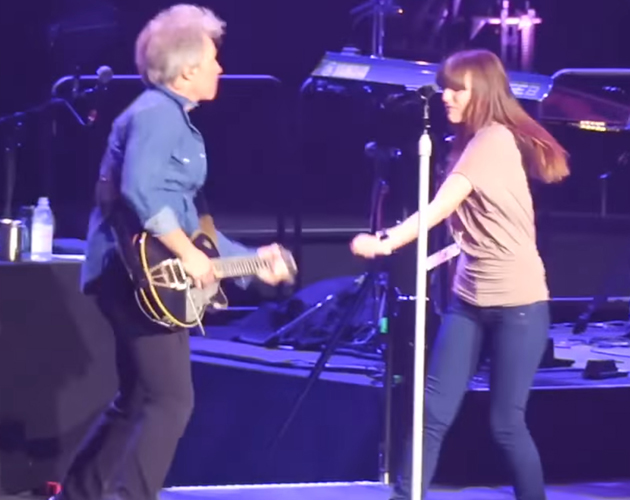 Fans attending a recent Bon Jovi concert in Las Vegas were treated to a tender moment between the singer and his daughter.

Fans in attendance at Bon Jovi’s Las Vegas show in February were not only treated to a rare performance of the song “I’ve Got the Girl,” but they also witnessed a special father-daughter moment.

The 55-year-old singer’s daughter, Stephanie Bongiovi, the inspiration for the hit song, first joined him onstage when she was only seven years old.

Since then, on the rare occasions Bon Jovi played this early career hit, it was accompanied by a slideshow featuring photos of Stephanie. On this night however, he had something else planned.

Halfway through the song, Bon Jovi reminisced on times passed. “It all goes by so fast,” he said. “And they start out as little bitty babies and their future’s looking bright. And I wrote this song for that little baby, who’s now not such a little baby anymore.”

As the song picked back up, Bon Jovi can be seen coxing his daughter onto the stage. After a few moments, his not-so-little-anymore 23-year-old daughter bounces on stage and the two dance face-to-face, forgetting they have an entire audience watching them.