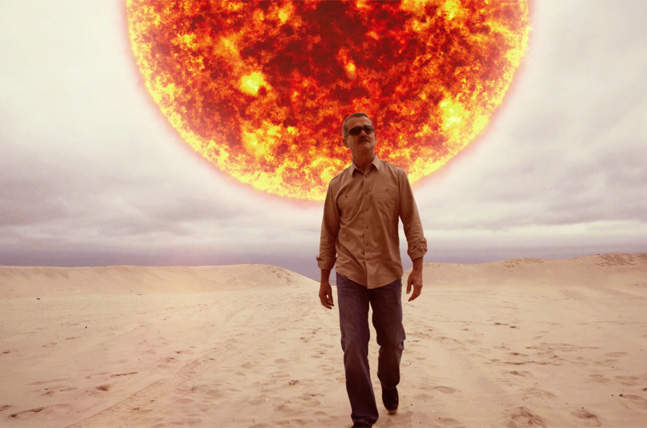 Here, Canadian astronaut Chris Hadfield on retirement, a mission to Mars and his new documentary, Miniverse.

When Chris Hadfield—the first Canadian commander of the International Space Station—last spoke with Zoomer, it was for our fifth anniversary cover story in 2013, just after announcing his retirement from space flight.

The 58-year-old writes music and books, teaches, does speaking engagements and now hosts the CuriosityStream show Miniverse, which scales down our solar system to fit inside the United States to allow the former spaceman to embark on an interplanetary road trip. “I love this late 50s stage of life,” Hadfield told me over the phone. “It’s my favourite so far.”

Mike Crisolago: Your work in space and the connection you made with millions of people back on Earth made you an instant celebrity. Did you ever imagine that would happen?

Chris Hadfield: We can never predict some of the bizarre things like – I mean, we got invited to spend the night at Windsor Castle with the Queen and Prince Philip and have dinner with them. And, you know, some things are just fairy tale. To go have our own apartment and our footman and lady in waiting in Windsor Castle. I mean, my mom [is] 80 but she was doing cartwheels just out of the shared excitement of what we were doing.

MC: And now you have the CuriosityStream show, Miniverse which, after watching it, made me realize that I barely know anything about our own solar system. It’s interesting how a road trip across the country can be used to illustrate a tour of the solar system.

CH: I find what’s intriguing about it is we have an extremely poor grasp of big numbers. And so when you’re trying to talk about the scale of distance across just our tiny little solar system I think it’s a pretty good primer for the idea of how to visualize large distance … and recognize that huge numbers also mean huge time. The Earth is four and a half billion years old and to try and let those numbers somehow percolate into your common perception of things, it’s counter-intuitive. If you’re driving across [the country] and you get a feel for, “Gosh by the time I get to New York City I’m already at Mars and the rest of the country is the remainder of the solar system” then you really start to get a gut feel of not only the size of the solar system but the unfathomable distance between each one of the planets.

MC: You mention on the show that you fell in love with space at age nine after the moon landing. Do new discoveries, like the recent TRAPPIST-1 star and surrounding planets, still give you the same thrill?

CH: The other night almost a full moon had just risen and right towards the edges of the moon the shadows were long enough that the three dimensionality just leapt out at you … And it was just so delightful. I mean, my own reaction was ‘Wow.’ And that should never go away in your life. If you lose that I think you’ve lost a lot of your purpose. You should be awestruck as often as possible and put yourself in a position to be awestruck. Go walk into the largest cathedral, go to a catacomb, go to the top of the highest tower and look down on a clear day and remind yourself the enormity of things you don’t understand and the feelings of wonder and awe that inspire us to do so many of the things we do.

MC: On Miniverse you note that we could see manned orbits of Mars within two decades. If the opportunity came in 20 years to suit up and orbit Mars, would you want to go back to space?

CH: I think we’ll go incrementally. Just because we know we’re going to get it wrong more often than we’ll get it right and you don’t want to kill everybody. And so we have a lot of stuff to test and invent. We’ve only just barely visited the moon. We’re sort of like saying, you know, Amundsen and Scott have already been to the poles so we don’t need to go again. That’s just a very limited thinking. We’re sort of in the Amundsen and Scott era of space flight. So I think we’ll go from the space station to the moon and then eventually further, to Mars and beyond. And we really did our best in Miniverse to try and express that and recognize that there is an absolute inevitability to human exploration. And so, yeah, I’d love to (go) but it’s the process of it, not just the going, that really interests me.

MC: Finally, with Canada’s 150th birthday approaching, the nation as a whole is reflecting on the achievements we’ve made over that time. What horizons do you hope Canada reaches in the next 150 years?

CH: Well, almost all of it in my mind is technology-driven. We are at a level now of quality of life for our species that has never been achieved in all of this planet’s history, but we’ve built it on the back of unsustainable assumptions.

Canada is an immensely resource rich land so I think if we’re looking forward our fundamental objective should be to improve the quality of life for as many people as possible and make it sustainable. And we’re going to obviously have to wean ourselves off fossil fuels because they won’t last forever. Climate change is going to make differences as to where Canadians live and what the habitat looks like. And so the response to that is going to be difficult or at least challenging. A slightly warmer world will make the Arctic a much more accessible part of the world and that is going to have a significant impact on Canada.

But the structures we’ve put in place since 1867 are really good and tough and smart and our forebears were prescient and forward-thinking. And we need to continue to be as good a stewards of the legacy as they have been. And what I really see as the most important thing in Canada’s next 150 is to look at our long term collective objectives as a nation and how our nation fits into the world and then to take personal responsibility for decision-making to be part of that to meet those objectives. So, to me that’s really the key for the immediate and near and long term future for Canada and the rest of the world.

Miniverse premieres on Monday, April 17 on CuriosityStream. Click here for more information about the show.