My Great-Grandfather’s Journey Aboard The Ill-Fated Lusitania 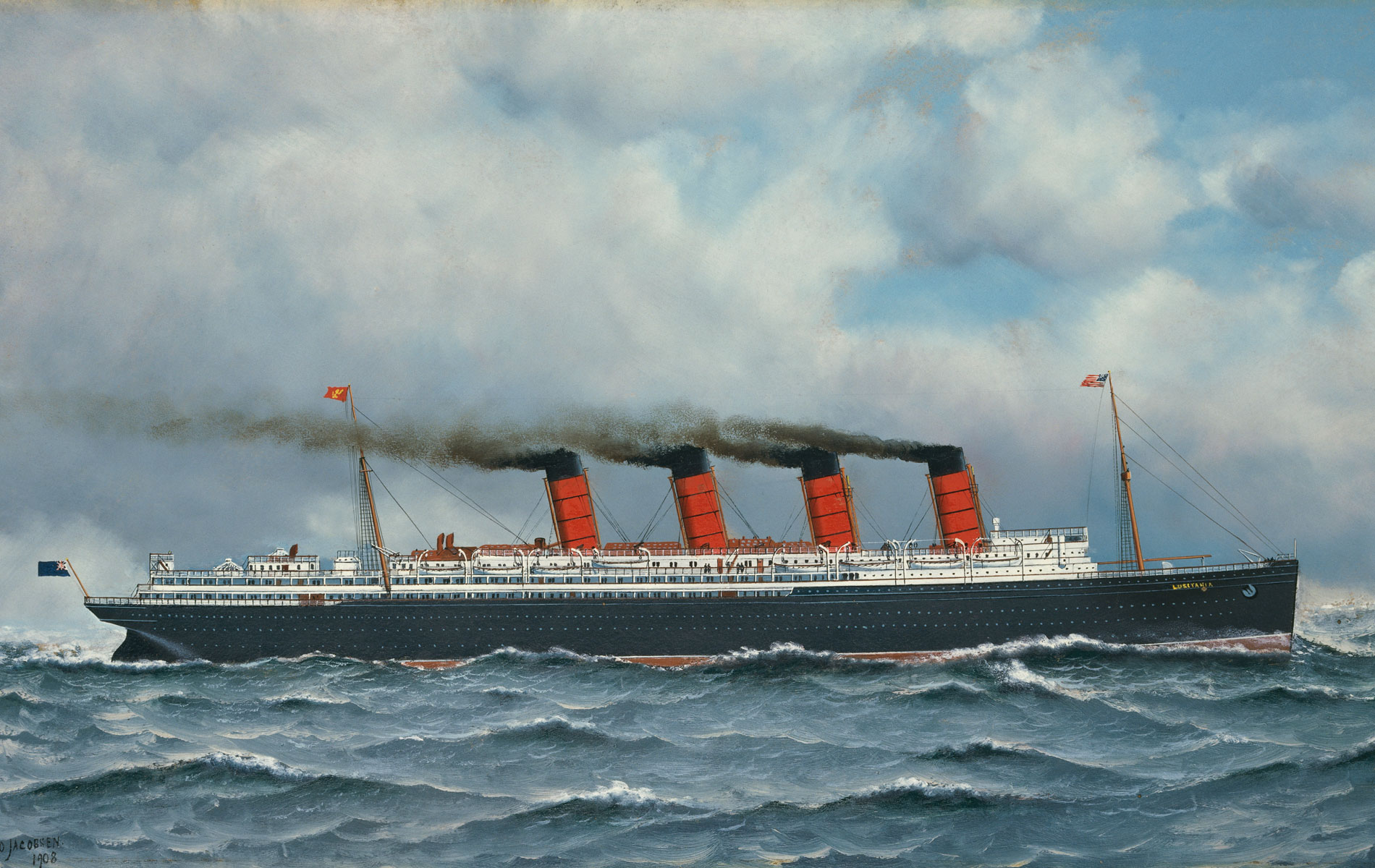 In Kim Izzo’s new novel, Seven Days in May, she traces her great-grandfather’s journey aboard the RMS Lusitania‘s final voyage in 1915.

History’s great tragedies have always tugged at our emotions. Tales of human suffering, sacrifice and heroism can’t fail to capture the imagination, binding us to another time, another place. And when at a later date these same stories are recreated in a novel or film, they engage and inspire new generations.

Take the movie Titanic, the 1997 blockbuster that won 11 Oscars. Millions of people became obsessed with the story of the largest and most “unsinkable” ship ever built and its doomed maiden voyage. There is something inherently romantic about the great ocean liners of the last century—a microcosm floating atop an unforgiving sea that beckons and threatens at the same time.

I’ve always been fascinated with the big ships, but for me, one stands above the rest—the RMS Lusitania. Built before the Titanic, she was considered the most luxurious and fastest ship on the sea. In her career, she sailed tens of thousands of passengers from her home port of Liverpool, England, to New York and back. Like the Titanic, she suffered a horrible fate—on May 7, 1915, she was torpedoed by a German U-boat during the First World War, an act of terrorism on a level the world had never seen before.

But unlike the Titanic, which stayed afloat for more than three hours, the Lusitania sank in approximately 18 minutes, taking with her 1,198 souls to the bottom of the sea. Among her most notable fatalities were American billionaire Alfred Vanderbilt and Broadway producer Charles Frohman, who had produced Peter Pan among other hits.

The author’s great-grandfather Walter Dawson, who survived the sinking, with wife Alice and daughter Muriel, circa 1915.

My interest in the Lusy, as the ship was nicknamed, is a personal one. The ship’s sinking was part of our family lore. My great-grandfather, Walter Dawson, had survived the tragedy. I never met him, but his daughter, Muriel, my grandmother, kept the story alive, retelling it to her children and grandchildren for decades.

“My father jumped into the water with two children. He tried to save them, but they drowned,” was the story she often shared, but there had never been any concrete proof.

Over the years, other family members began to doubt Muriel’s accuracy. Walter had died in 1958 and apparently rarely discussed the sinking or his time as a lieutenant-corporal and subsequent internment at the Limburg POW camp during the war. But my grandmother was steadfast—he was a hero, had witnessed the torpedo strike and, after the two boys died in his arms, he had somehow survived in the water for several hours before being rescued.

The image of Walter diving over the railing into the sea was harrowing and it stayed with me. But it wasn’t until the publication of my first novel, The Jane Austen Marriage Manual, that the idea of writing about the Lusy came to mind. And to be honest, it wasn’t my idea. A fellow author and journalist, Hugh Brewster, who is a world-renowned Titanic expert, was at the book launch party. I had told him about Walter and the Lusy when his non-fiction book, Gilded Lives, Fatal Voyage: The Titanic’s First-Class Passengers and Their World, had been published the same spring, and he casually suggested, “You should write a novel about the Lusitania and your ancestor.”

Easier said than done. It took three years of painstaking research and writing—including a transatlantic crossing of my own aboard the Queen Mary II, courtesy of Cunard, the shipping company that built and owned the Lusitania—but the result, Seven Days in May, is now published. The title comes from the date the ship left New York for the final time, May 1, only to perish seven days later.

And my grandmother was right—Walter had done as he had told her years ago. I not only found the passenger and survivor list for the Lusitania‘s final voyage, but a historian and Lusitania expert by the name of Mike Poirier, whom Hugh introduced me to, actually had a copy of an old newspaper clipping where Walter was interviewed a few days after the tragedy.

Reading Walter’s own words were like travelling in a time machine—it was the “sound” of my great-grandfather speaking to me across the century. He described how he was on deck that afternoon of May 7—a glorious sunny day with the coast of Ireland in plain sight—when what some thought was a porpoise turned out to be a torpedo. Walter described seeing the streak in the water, the eye of the submarine’s periscope and the storm of debris that rained down on them after the explosion. There were two explosions—the modern theory is the main steam line ruptured after being struck—and the ship listed and finally sank.

“After the first explosion, the ship seemed to right herself, and the captain gave orders for no more [life]boats to be lowered. Then she keeled over again to her starboard side and within three minutes she was going down by the nose,” Walter told the Massachusetts’ Lowell Sun on June 8, 1915. “I ran to the stern and stayed there as long as I could before I dived. When I came up again, I seemed to have swallowed gallons of water, and the first thing I saw was the disappearing stern of the great ship.”

Walter spoke of losing the two young boys he tried to save from drowning during the aftermath. “I swam about for a time and got hold of a little kiddie, but I lost him later in helping a boy about seven years of age.” This second child also perished.

I can’t imagine how Walter must have felt. But I tried to when I wrote about the struggle for survival and surrender to death that occurred for so many on that tragic day.

Turning history into fiction was a challenge and a responsibility—you want to get the facts right and do justice to the memory of the departed. The story of the Lusitania‘s final voyage is a complex one—tales of espionage, Winston Churchill and a secret war room in London had to be woven into the romance and glamour of the ship’s voyage. Characters I created had to blend seamlessly with real men and women. I owed it to the Lusy’s passengers, rich and poor, who sailed unknowingly toward their doom, enjoying the last moments of innocence before the realities of modern warfare changed the world forever. And now Walter’s part in history is preserved.