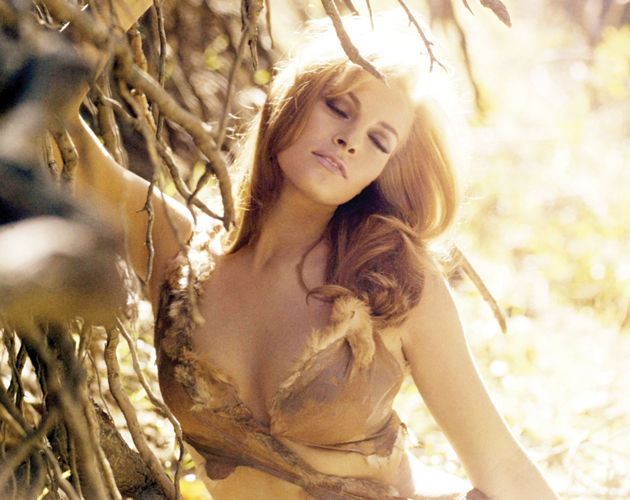 Raquel Welch stars in the new comedy, How to Be a Latin Lover, where she’ll try to fend off romantic advances from a desperate gold digger played by Eugenio Derbez.

Raquel Welch once declared, “The mind can also be an erogenous zone” – a concept that zero per cent of men considered in 1966 when the image of the beauty wearing only a Stone Age bikini dominated the poster for the film One Million Years B.C.

Fast forward 51 years and Raquel, 76, still has men falling over themselves. One in particular – a middle-aged kept man named Maximo, played by 55-year-old actor Eugenio Derbez – thinks he’s actually got a shot at her after his octogenarian wife boots him to the curb in the new comedy How to Be a Latin Lover.

Of course, it takes more than tired pickup lines to land the likes of Welch, who plays a rich, widowed grandmother in the film, but Maximo, who moves in with his sister (Salma Hayek, 50), is determined to make it work, despite his faded “ladies’ man” facade. For his sake, here’s hoping Welch still considers the mind an erogenous zone.

How to Be a Latin Lover will hit theatres April 28.

A version of this article appeared in the May 2017 issue with the headline, “Raquel My Belle,” p. 18.